News : Helpline for Booze Whistleblowers Set Up by Government 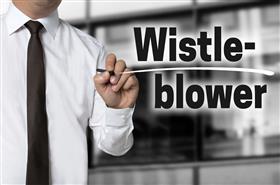 He said that the government, under the leadership of chief minister Vijay Rupani, stood on four pillars: "transparency, decisiveness, progressiveness, and sensitiveness". He said there had been a steep decline in domestic violence, accidents, and suicide among women due to the changes made in the prohibition law.

The state government has set up a State Monitoring Cell (SMC) to ensure effective implementation of rules, Jadeja said. He said it uses social media to muster public support. A toll-free number, 14405, and a WhatsApp account, 9978934444, have been set up for people to reach out to the SMC. The government will protect the identity of those who get in touch to report any breach of law. Jadeja said people can contact the SMC on its Facebook page, 'SMC Gujarat', or by email, smcgujarat1@gmail.com.

Do not miss these!Active Members