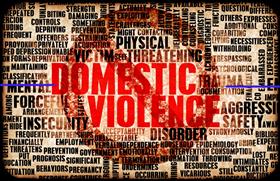 County Meath, Ireland, March, 2021 -- A helpline for male victims of domestic violence is struggling to cope with the volume of calls because of a 35 per cent spike in the numbers seeking help during the pandemic.

Men’s Aid Ireland says it dealt with about 5,500 contacts during 2020, a figure it projects will grow again to 9,000 this year based on a further surge in January and February.

Kathrina Bentley, the organisation’s chief executive, said calls are also getting "more worrying and concerning" and their "seriously stretched" three part-time helpline staff are struggling to cope with demand.

"During the last week of January and first week of February, within 10 days we had five very serious suicide situations at the end of the phone," she said.

" We had to get Garda assistance for two of them, ring ahead to a hospital for a third and we talked the other two men down."

The common thread in calls is an abusive relationship, in 95 per cent of cases involving a wife or female partner.

"One man said he sleeps in the spare room and his wife soaks his mattress during the day with cold water and leaves the windows open before he comes home from work. So he sleeps on the floor.

"There are pure emotional and psychological games, men who have no access to funds, their partners controlling their finances."

Ms Bentley said the organisation sought and was refused funding for a 24/7 helpline from the State’s child and family agency Tusla, which she criticises for allocating 1 per cent of its domestic, sexual and gender based violence (DSGBV) funding to the service.

Along with the Men’s Development Network, it is one of just two Tusla-funded services dedicated to male victims.

In January, about 600 men contacted the service, and at least 80 calls were missed because the helpline – which runs from 9am to 5pm on weekdays – can only deal with two callers at any one time.

Some are on the minimum wage while others "live in multi-million euro houses and behind the front door is domestic violence".

Many are victims of coercive control – "a silent, invisible pattern of abusive behaviour over time" – which she says is "catastrophic for families, children as well as men’s lives and their careers".

"It is incredible for a man to have the courage to pick up the phone in the first place," she said.

"How disappointing and heartbreaking it is when no-one answers that phone."
‘Bad patch’

Citing a report by Cosc – The National Office for the Prevention of Domestic, Sexual and Gender-based Violence – that shows one in seven men experience domestic abuse in their lifetime, and 95 per cent do not contact gardai, Ms Bentley suggested the numbers not seeking help could be as high as "a couple of hundred thousand".

Ms Bentley said callers often don’t see themselves as victims of domestic abuse and hope it is a "bad patch" that will pass because they don’t want the family to break up. "When you ask them how long it has been going on for, and they say three to six years, well that’s not a bad patch in a relationship, that is an abusive relationship."

In response to calls in a parliamentary question for a 24/7 national helpline, Minister for Children Roderic O’Gorman said the Government was currently carrying out an audit of DSGBV services.