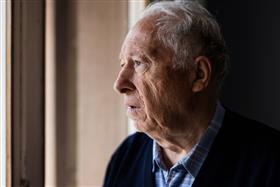 The charity looked at data from over-one million calls that its helpline received since national launch in November 2013, to pinpoint the areas where most calls come from.

As The Silver Line gets set for even higher number of calls over the Christmas/New Year period, its figures show that loneliness among older people crosses communities and ‘North/South of the river’ divides.

The helpline has received around 76,000 calls from older people in the capital, with Camden leading the table of calls to the helpl ine by borough.

The Silver Line is the only free, national, confidential helpline open every day and night, offering information, friendship and advice to older people. Two-thirds of calls are made at night-times and weekends – over 700,000 of the calls received by the helpline so far.

The Silver Line’s Founder, Dame Esther Rantzen said:
"Every day we hear from lonely older people who have led interesting lives but are now isolated, utterly alone, and literally have no one to speak to for days on end.

"Calls come from virtually everywhere– places as different as Tower Hamlets and Westminster – but alike in that older people are experiencing the same loneliness.

"Our figures show there are lonely older people living in every street, in every community, and we know that for many night-times are the worst for them.
"That’s why it is vital we are there when no other helpline is available for older people who may be lonely, isolated or confused."

The Silver Line relies entirely on donations to keep the helpline going and pay for friendship calls between volunteer Silver Line Friends and older people.

The growing demand from lonely older people means The Silver Line now needs to raise £1.65 million to pay for the night-time and weekends service. It fears that without more public donations the vital service may have to close.

Chief Executive Sophie Andrews said:
"More and more people are calling us every month – and with the festive period fast approaching we expect the number of callers to rise even higher.

"Some callers want a friendly chat because they are lonely, others are looking for information, with the majority of older people turning to us at night time and weekends.

"For many older people, the early hours are often when they feel the challenge of being all alone.

"Over a quarter of callers (28%) now also say they have been referred to us by other helplines that don’t operate at night and weekends."

The Silver Line is asking the public for help in combatting this hidden epidemic of loneliness. Donating just £5 pays for a call to our 24-hour helpline from an older person; while £100 will pay for an older person to be supported for a year.

As well as the helpline, The Silver Line has 3,000 volunteers who make regular friendship calls, or exchange letters with older people. The charity also makes a further 2,500 ‘keeping in touch’ calls every week to isolated older people.

Data uses area codes only, and excludes numbers that are withheld or made from a mobile, from calls to the helpline since its national launch on 25 November 2013.

Call numbers shown are not weighted by population.