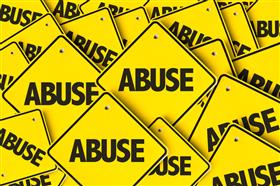 Bhopal, India, Nov 16, 2020 -- The much-hyped women’s helpline (1090) launched seven years ago in Madhya Pradesh for reporting crimes against women and to help women in trouble has stopped working and the calls are being diverted to police control room number 100.

Now, police personnel are planning to develop the helpline 1090 as the Next and Final Response (NFR) number to track rape and other heinous crimes against women, a police official said.

Chief minister Shivraj Singh Chouhan had introduced the helpline after the Nirbhaya gang rape case in Delhi, in January 2013 so that woman in trouble could contact the police anytime.

"The helpline was for prevention. After closing the women’s helpline 1090, which was being run by the crime against women cell, the number has been diverted to first response vehicle (FRV) Dial 100 last year that too doesn’t connect very often. Earlier, the helpline helped many women especially those who didn’t want to lodge an FIR of sexual harassment and stalking but now women don’t have any option to prevent crime," said a police officer, who didn’t wish to be named.

According to data from the Crime against Women Cell, from 2013 to 2018, as many as 1.20 lakh complaints were received on the women’s helpline and 40% were related to harassment over phone calls which the helpline resolved by warning only.

Activists have expressed their unhappiness with the closure of the women’s helpline.

Rolly Shivhare, a women’s rights activist, said, "The helpline was introduced to give a platform to women where they could share their problems related to harassment on the road, public transport and homes. The objective was to help women who were not willing to register a criminal case with the police due to society or family pressure. Even the staff had been trained to deal with such cases and the staff used to do counselling of the victims. The staff also used to warn the stalkers. Sometimes, if a woman used to give a missed call at 1090, the staff used to call back. But with discontinuation of the helpline, the whole system collapsed."

"Most of the women need help at the harassment level, not after the crime is committed. It’s good that police are planning to develop a feedback and tracking system and it will improve the policing and speed up the investigation. But it won’t prevent crime at the very first step like harassment and that often turn into heinous crimes like rape and murder. Police should work towards prevention," said Prathna Mishra, another women’s rights activist.

Additional director general of police (crime against women cell), Deepika Suri said, "We are not taking direct calls but we are taking feedback from victims of heinous cases to know their experiences at the police station. We asked whether they are satisfied with the police action or not."

"Soon the up-gradation of 1090 as the next and final response will be taken up to track every heinous case of crimes against women so that investigation can be completed within two months. The upgraded system will also ensure trauma counselling and legal support to the victim till conviction is obtained," she added.

MP director general of police (DGP) Vivek Johri said, "The helpline is working to take feedback of heinous cases but the number 1090 is still working. Due to some operator issue of the telecom company, there is a connectivity issue."

"The state government is sensitive about women’s issues and the chief minister himself asked us to track every heinous case of crime against women. The women’s helpline will be upgraded soon."

Today's Tip of the Day - The Experience