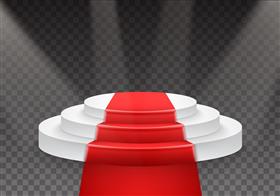 Bhopal, India, Jan 11, 2018 -- CM Helpline is effectively implementing Chief Minister Shivraj Singh Chouhan’s initiative of public felicitation of those who have been giving an outstanding and praiseworthy performance. The department has set up a tradition of selecting the best performers every month.

The Chief Minister honours Level-one Government servants who resolve CM Helpline complaints to the satisfaction of the applicant. This initiative has encouraged officers and employees to perform better. It has created a healthy competitive environment among them to resolve the problems of the common man promptly and to their maximum satisfaction.

Assistant Engineer NL Borana posted in Public Health Engineering Department Neemuch has topped in this competition in best performance. He has created a record by resolving people’s complaints to the best of satisfaction of the applicants of CM Helpline continuously for the last nine months. Chouhan has also lauded this achievement of Borana on Samadhan Online. Chouhan was told that Borana has been placed in the Hall of Fame of CM Helpline. He is the first government servant of the state to have received this honour. The department has currently posted Borana as in-charge Executive Engineer Dewas.