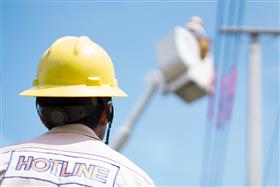 Bengaluru, India, June, 2018 -- The onset of monsoon every year results in a major spike in the number of power-cut related complaints and, this year, the Bangalore Electricity Supply Company (BESCOM) has decided to move beyond the hopelessly flooded helpline number 1912 to offer relief to customers.

Started initially to provide a seamless experience for consumers to lodge complaints, the call-center has been seeing never-expected call volumes leading to a lot of calls being dropped simply because the system is overwhelmed. In the past ten days, the helpline has seen 2.84 lakh calls with an average of 30,000 calls per day. Out of these, a little more than half of the calls were attended to with the remaining dropping as lines were busy.

Now, a decision has been made to decentralise the entire complaint handling system in order to be able to take more calls. "Landline numbers for each of the 48 sub-divisions will be provided to consumers so that they can lodge their complaints directly as well. In addition, we are also sharing mobile numbers for each division which will be manned by staff who can lodge complaints and follow up," said BESCOM Managing Director Rajendra Cholan P.

In addition to this, BESCOM is also looking to ramp up its presence on social media sites in a major way after seeing the success that the Bengaluru police and traffic police have enjoyed. "We are in the process of equipping a team to handle the social media accounts so that they can also track complaints which are logged by consumers online," Cholan said. The Mithra app, which was launched recently, will also be pushed by BESCOM as a easy way to lodge complaints and track the status. The app currently has around 100,000 users.

In order to be able to deal with rain related power cuts and other technical faults as soon as possible, BESCOM has also sourced 480 linemen who will be given a vehicle equipped to deal with rain related technical faults. "We are deploying these additional workforce for 5 months with the option of extending their deployment for two more months if the rains continue. In addition, we have sourced and stocked transformers and poles in our stores and have also given a revolving fund of `5 lakh per sub-division should emergency purchases from the private market be necessary," said BESCOM MD Rajendra