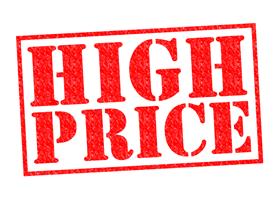 "Action will be taken against traders charging an excess price for a mask as against Maximum Retail Price (MRP) as per Legal Metrology Department rules," Health Commissioner Pankaj Kumar Pandey told reporters here on Thursday.

Complaints lodged on the helpline would be handled by drug controller and Legal Metrology Department, he said.

"Stern action will be taken, not just imposition of penalty, for charging more ignoring humanitarian grounds," he warned.

Acting on complaints that medical store owners were selling masks at exorbitant prices, sleuths from the enforcement of wing of Commercial Tax department raided 35 medical stores in Belagavi on Thursday.

"A mask costing Rs 20 was sold for Rs 200 without generating bill. An amount of Rs 20,000 was levied as fine on each of these stores," K Raman, Joint Commissioner, Commercial Tax Department (Northern Range) said.

About 54 stores in Vijayapura and Bagalkot districts were also raided. Sleuths posed as customers and bought the masks that were sold without bills. The owners had purchased masks in bulk from Goa and Maharashtra without bills and sold the same for higher margins, according to officials.