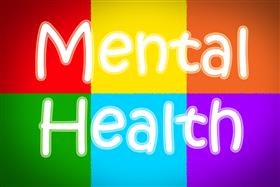 Manila, Philippines, Aug 26, 2020 -- The prolonged coronavirus pandemic is taking a psychological toll on many people as the National Center for Mental Health saw a huge spike in the number of calls made to its hotlines since movement restrictions were enforced in March.

Data from the NCHM showed that more than half of the calls made to the center’s hotlines since these were set up last year were seen between March and August. The government began implementing community quarantine measures to slow the spread of the coronavirus disease mid-March.

Before the pandemic struck, NCMH said it had received an average of 13 to 15 calls daily or around 400 calls monthly. The volume of calls doubled from March to August this year, with the center receiving an average of 32 to 37 daily calls.

The NCMH reported the top reason for people reaching out to the center was anxiety-related concerns.

"The anxiousness is exacerbated [as well as] their anxiety-related feelings because of what we have in our situation," Vergeire said in Filipino, adding most of the calls were from returning callers.

Containment measures to curb the spread of COVID-19 that has so far infected over 202,000 people in the country upended the daily lives of Filipinos, forcing millions to stay home and limit their movements.

Majority of the people who sought for help were from outbreak epicenter Metro Manila. Figures from NCMH also showed that there were more female callers than male and most calls were made by people aged between 18 and 30.

The World Health Organization said in May that the impact of the pandemic on people’s mental health is "extremely concerning."

"Social isolation, fear of contagion, and loss of family members is compounded by the distress caused by loss of income and often employment," Tedros Adhanom Ghebreyesus, WHO director general, said then.

The WHO on its website said that "fear, worry, and stress are normal responses to perceived or real threats, and at times when we are faced with uncertainty or the unknown."

Vergeire earlier encouraged people who are experiencing depression or anxiety to call mental care hotlines. She also called on the public to stop mental health stigma.

"What I want to get across to our fellow Filipinos is that, first of all, it’s okay not to be okay. We all feel these kinds of emotions because of this situation. But what we need is support from our families and support from our community," Vergeire said Monday.

Over the weekend, the government suggested tapping religious leaders for help amid the rise in suicide cases during the pandemic. But groups stressed that it should be mental health professionals who should lead in addressing the psychological toll of the crisis.

Those who may need mental support and assistance can reach the following NCHM’s hotlines:

Today's Tip of the Day - Bring Fun To Work