News : Helpline Set Up for Victims of Sahara India Scam 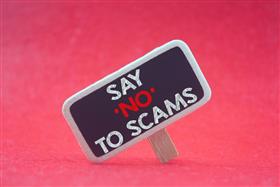 Bokaro, India, Mar 14, 2022 -- Jharkhand government launched a helpline (112) to identify those who are yet to get compensation for the money invested in Sahara India.

BJP MLA Navin Jaiswal had raised the question about the Sahara India scam in the state assembly earlier this week stating that poor people from Jharkhand invested about Rs 2,500 crore with the Sahara Group schemes and are now running from pillar to post to get their hard-earned money back. He demanded setting up a helpline number for the victims. State finance minister Rameshwar Oraon had replied in the house that they were keeping tabs on the situation and will work towards helping the victims. The roll-out of the helpline is seen as the first step towards that. Several Sahara India employees and agents on Sunday met Bokaro MLA and BJP’s chief whip Biranchi Narayan at his residence here to submit their memorandum.

Narayan in the past had written to Prime Minister Narendra Modi, Union finance minister and SEBI chairman narrating the ordeal faced by the company’s field workers and employees seeking their intervention to solve the issue. There are Rs 24,000 crore lying with SEBI, Sahara officials told Narayan. The delegation led by Sahara India's Bokaro divisional chief S Jha submitted a memorandum to Biranchi to help settle the Sahara-SEBI dispute. Jha said that the dispute is pending for the last 10 years. Due to this, the depositors in Bokaro area are pressurising the offices of Sahara India and the field workers in various ways for their payment. Jha said, "The employees of Sahara India fear for their life."

On November 15, 2021 Ganesh Nonia, an agent of Sahara India in Gomia died by suicide. He was working for Sahara India for 20 years. Nonia invested money of many citizens of the town in Sahara India. The company was not paying the investors money due to which the depositors were continuously pressurising Nonia.

It all began surfacing in 2010 when SEBI barred Sahara to raise funds. Then, court litigations followed. In 2015, the Supreme Court took up the matter. Since then the case is underway.