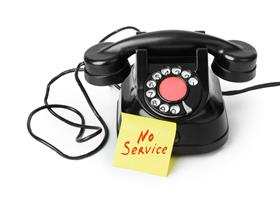 Madurai, India, Nov 20, 2018 -- While caste-based brutality has reared its ugly head yet again in the State with the murders of Nandesh and Swathi, an inter-caste couple from Krishnagiri district, the incident has also highlighted the inadequacy of the measures taken by the State government to prevent such crimes.

Significantly, the government appears to have violated the 2016 order of the Madras High Court regarding killings in the name of caste ‘honour’.

In an affidavit filed in response to a contempt petition moved by the Tamil Nadu Untouchability Eradication Front (TNUEF) on the government’s alleged failure to implement the 2016 order, the Home Secretary had informed the court in April 2018 that ‘Special Cells’ with 24-hour helplines to assist inter-caste couples had been constituted in all districts.

While the affidavit even listed the helpline numbers for all the 38 police districts in Tamil Nadu, a verification of these numbers by The Hindu on Sunday revealed that there were no ‘Special Cells’ with dedicated helplines in as many as 37 of these districts.

A woman, who answered the corresponding contact number for the Perambalur police district, alone acknowledged that it was a helpline for inter-caste couples.

The number for the Ariyalur police district was answered by a Deputy Superintendent of Police, who has since been transferred to Chennai.

The remaining 11 helplines were contact numbers of the offices of the Superintendent of Police, the Social Welfare Officer or the Adi Dravidar and Tribal Welfare Officer of the district concerned. Calls to half-a-dozen of these numbers went unanswered.

The affidavit also stated that the State Crime Records Bureau had been asked to upload details of helplines on the website of the Tamil Nadu police. However, the website had no such information.

K. Samuel Raj, general secretary, TNUEF, who moved the contempt petition, accused the State government of lying to the court. "We held a protest in Krishnagiri and challenged the officials to show us that the Special Cell was functioning. They were speechless," he said.

U. Nirmala Rani, the advocate representing TNUEF, said that apart from the Special Cells, the government had also failed to fulfil other assurances like allocating special funds to help inter-caste couples, constructing shelters to temporarily accommodate them and fixing responsibility on the Station House Officer (SHO) of the jurisdictional police station to ensure the safety of such couples.

V. Murugan, an anti-caste activist and coordinator of the Tirunelveli-based Navabothi Cultural Centre, said the government had also grossly failed in sensitising police personnel on how to handle cases of inter-caste marriage. "While the court’s order said that SHOs must provide counselling to the parents of the couple, what actually happens is the police conduct kangaroo courts to separate the couple. That is what happened in a recent incident in Tirunelveli’s Perumalpuram police station, involving a girl belonging to an influential family. How can we expect inter-caste couple to have faith in the police even if helplines are functional?" he asked.