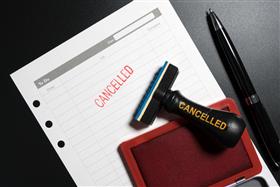 Limerick, Ireland, Nov, 2019 -- Ticket resale platform Viagogo has frozen plans to hire more than 100 additional staff for its Limerick base due to the uncertainty surrounding Government plans to ban ticket touting.

However, senior staff at the company have stressed that current employees’ jobs are not under threat.

The Prohibition of Above-Cost Ticket Touting Bill 2017 is currently before the Dáil, with its sponsors hopeful that it may be in law before the end of the year.

If approved, it will ban the sale of tickets for major sporting, musical and theatrical events for more than face value.

Among the companies likely to be affected by the bill is Viagogo, whose European headquarters is in Limerick.

In an email seen by the Irish Examiner, a Viagogo executive told the Department of Business, Enterprise & Innovation on July 15, 2019, that the company has "minimum 100 jobs ready to go in our Limerick facility, once we have clarity around this bill".

The response from the Department said that it was awaiting "legal advice" on "a number of issues relating to the bill".

Clarifying the company’s position, a spokesperson told this paper it is currently looking at the situation surrounding the bill closely before making any decisions regarding a potential expansion.

"Our Limerick facility is the main global contact centre for Viagogo and remains an important part of the company," said the spokesperson.

"We have some concerns which have been addressed by the Department but we still have others that need to be resolved. We would continue to maintain a workforce in Limerick but it may never grow beyond what is in place."

The spokesperson said the bill would pose an issue for Viagogo’s operations.

"While no final decision has been made, we would be facing into a regulatory environment that would be the most unfriendly towards our business model in Europe.

However, the spokesperson stressed the company remains committed to Limerick and that the current jobs are not under threat.

"In addition to our current office space in Limerick, we have an optioned lease on space attached to our existing offices in Limerick that is sitting idle when we feel it should be under the process of being kitted out for new staff.

"It is slightly smaller than our space and we believe we could comfortably accommodate 150 workspaces in there."