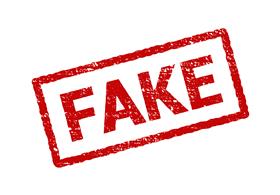 Mumbai, India, June 24, 2019 -- How about this, a helpline number meant for HIV and TB patients has become a favourite for callers making fake calls to talk over random topics. The helpline number of Mumbai Districts AIDS Control Society (MDACS) has received more than 10,000 calls from March 2016 till May 2019, of which over 40% are unwanted calls. According to MDACS, this Saadhan helpline number (022-24114000) also acts as an alternate helpline number for tackling monsoon-related diseases for four months.

As per the data shared by the MDACS, around 4090 'audio phobic' calls — which denotes unwanted calls — have been received on the Saadhan helpline.

According to staff working at MDACS, most of these callers want to listen to a female voice on the other end. "Many a time people call just to hear a female voice talking on the phone. We get at least five to six blank calls or fake calls per day. We register such calls as audio phobic."

Sometimes the caller tries to talk on random topics rather than issues for which the helpline is available for the customers, said another counselor who works for nine hours a day on the Saadhan helpline. According to the agency, since it is not a toll-free helpline number, the number of fake calls has reduced in the past three years.

The helpline was taken over by the Mumbai Districts AIDS Control Society (MDACS) in the year 2012. The helpline got a good response in the first four years but the number of calls has reduced since 2016. After the National Aids Control Organization (NACO) introduced a nation-wide HIV toll-free number 1097, the number of calls has reduced to less than 2,000 calls a year on MDACS's helpline.

The Saadhan helpline is used for MDACS's campaign related to HIV, to counsel people related to HIV and inquiry related to TB and monsoon-related information during the rainy season.