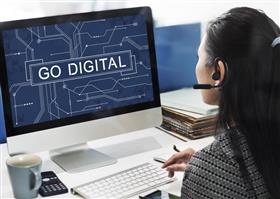 Canberra, Australia, Jan 31, 2020 -- Four years after the federal government’s first chatbots began arriving on the scene to help citizens navigate services, the Department of Home Affairs has finally launched its own.

Initially limited to answering visa and citizenship questions on the homeaffairs sub-site, the assistant offers the same basic information available through the Home Affairs contact centre.

It is also capable of learning from its interactions in order to automatically improve its responses to questions over time.

A spokesperson told iTnews that the trial assistant "sits on the Nuance platform and was developed in collaboration with the department’s service centre provider, Datacom Connect".

Other agencies such as the Australian Taxation Office – which launched the government’s first assistant, dubbed Alex, in August 2015 – and IP Australia also use Nuance software for their bots.

However, unlike these agencies, Home Affairs has decided against giving its assistant a name or persona, at least for now.

"Early indications are the resolution rate exceeds the industry benchmark of 60-65 percent," the spokesperson said.

"This will be further reviewed at the completion of the trial in February 2020."

The assistant, which currently works with all major internet browsers and on both iOS and Android devices, is part of the department’s plan to improve its digital service offerings for both citizens and visitors.

"The department is exploring opportunities to deliver enhanced digital services to clients, who increasingly want to interact with the Department at any time, from anywhere, on a device of their choosing," the spokesperson said.

Nuance Communications (NASDAQ: NUAN) is a provider of voice and language solutions for businesses and consumers around the world. Its technologies, applications and services make the user experience more compelling by transforming the way people interact with information and how they create, share and use documents. Every day, millions of users and thousands of businesses experience Nuance’s proven applications.