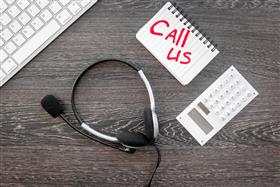 London, UK, June, 2017 -- Thousands of people have been urged to contact Hotpoint after police revealed the Grenfell Tower fire started in a faulty fridge-freezer manufactured by the company.

Hotpoint said 64,000 units of the same model were made between 2006 and 2009, when they were discontinued, adding that the number in circulation would be lower given the time period involved.

Scotland Yard has raised concerns with the Government over the fridge-freezer, but said the FF175BP model had never been subject to a product recall.

The Department for Business, Energy and Industrial Strategy has ordered an immediate examination of the unit by technical experts to establish the cause of fault.

It added that there is "no specific reason" for people with one of these fridge-freezers to switch them off pending further investigation.

Business Secretary Greg Clark said: "The device is being subject to immediate and rigorous testing to establish the cause of the fire. I have made clear to the company that I will expect them to replace any item without delay if it is established that there is a risk in using them."

The department advised consumers not overload plugs, ensure sockets are not damaged and to check cables and leads are in good condition.

Consumers who believe they may have a Hotpoint fridge-freezer with model number FF175BP or FF175BG have been encouraged to call a freephone hotline on 0800 316 3826 or visit hotpointservice.co.uk/fridgefreezer to register their details.

A Hotpoint spokesman said: "Words cannot express our sorrow at this terrible tragedy. We offer our most profound condolences to the victims, those who have lost loved-ones, homes, and possessions, and to their friends and families.

"Our thoughts and prayers are with all those involved, including the emergency services who risked their lives to extinguish the blaze and rescue those in the building.

"We have just been informed that the fire may have originated in a Hotpoint fridge-freezer (model number FF175BP).

"We are working with the authorities to obtain access to the appliance so that we can assist with the ongoing investigations. Under these circumstances, we are unable to speculate on further details at this time.

"We are addressing this as a matter of utmost urgency and assisting the authorities in any way we can. We will provide additional updates as our investigations progress."

According to the London Fire Brigade (LFB), nearly one fire a day in the capital involves white goods, and its "Total Recalls" campaign has called on the Government, manufacturers and retailers to make changes to improve safety.

One proposed measure calls for manufacturers to use metal rather than plastic to make the backs of fridges in order to protect flammable polyurethane insulation, which is used in most refrigeration, from components that could cause a blaze.

LFB said on its website: "There is currently no legal requirement or industry standard that outlines this insulation material must be isolated or protected from fire."

LFB has also called for a central register of product recalls, better publicity of faults and recalls, and greater regulation of secondhand appliances as part of its campaign.

In 2014, a coroner blamed a defrost timer on a Beko fridge freezer for starting a fire, which killed 36-year-old Santosh Benjamin Muthiah.

The father-of-two was able to save his two daughters, but died two days after he was overcome by smoke at his home in Wealdstone in November 2010.

Coroner Andrew Walker recorded a narrative verdict at North London Coroner's Court, and accepted wide-ranging recommendations put forward by Hertfordshire Trading Standards and LFB about the way in which safety problems are recorded and how irresponsible manufacturers should be punished.

Last month, Beko issued a safety alert for thousands of tumble dryers, including one model found to have caused a blaze that killed a mother-of-two, as it began a voluntary repair programme "as a precautionary measure".

The safety notice concerned five Beko and Blomberg 8kg and 9kg capacity dryers sold between May and November 2012 and carrying the model numbers DCU9330W, DCU9330R, DCU8230, DSC85W and TKF8439A.

In August last year, a coroner found that a defective Beko DCS 85W - listed as DSC85W under the safety alert - caused a house fire that killed mother-of-two Mishell Moloney in her bedroom, although Beko stressed that the fault relating to the fatal fire was separate from the problem identified in the safety alert.

The 49-year-old was found to have died after being overcome by carbon monoxide fumes and smoke caused by a small fire in the tumble dryer in the downstairs kitchen.

Birmingham Coroner's Court heard that Beko had received reports of 20 previous fires in the same model, but none had the defect thought to have caused the blaze that killed Ms Moloney.

In February, Whirlpool upgraded a warning to consumers with faulty Hotpoint, Indesit and Creda dryers to unplug the potentially dangerous machines until they have been repaired.

Fire chiefs warned in October last year that owners of the faulty dryers must stop using them immediately, after one of the machines was found to be the cause of a huge blaze in an 18-storey tower block in Shepherd's Bush in west London.

LFB said it believed a faulty Indesit dryer was the cause of the August 19 2016 blaze, following a "painstaking" investigation.