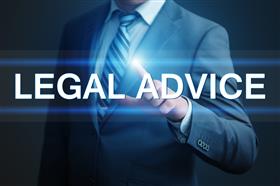 Dublin, Ireland, Oct 3, 2016 -- More than half of last year’s calls to a free legal advice helpline about housing issues were from landlords, a report published this morning finds.

The 2015 annual report from the Free Legal Advice Centres (Flac) indicates the problems many "accidental" landlords are having in the midst of the housing crisis.

"Reflecting the housing crisis the largest area of query (3,476 calls) was on housing or landlord and tenant issues, at almost 22 per cent of calls, up 62.4 per cent on 2014," says the report. "The main queries were on rent issues, ending a tenancy and over-holding (tenant staying longer than agreed). More than half of calls (58 per cent) were from a landlord."

Other agencies, such as Threshold and Focus Ireland, have said the main reason a tenant would stay longer than agreed is because they cannot find anywhere else affordable to live.

Flac’s annual report has been described in the past as a "social and legal barometer" of what people are worried about.

Calls about family law (3,235) were the second most common, at 20.4 per cent. One in every three of these was about divorce or separation, 26 per cent about custody of, or access to, children and 17 per cent about child maintenance.

There were 1,085 calls about debt, a quarter of which were about mortgage arrears, 20 per cent about personal loans and there were 155 calls from people in fear of repossession.

Some of the will and probate issues were "very complex" involving, for example, the estates of people with second families or who had Alzheimer’s.

The most common family law issues at the clinics were separation or divorce, custody and maintenance, and more than 330 callers were experiencing domestic violence.

Chief executive Eilis Barry said the "disproportionate impact of austerity on vulnerable groups" was an "ongoing concern" for Flac.