News : How Helpline for Reporting Power Disruptions Turned the Covid Tide in Bengaluru 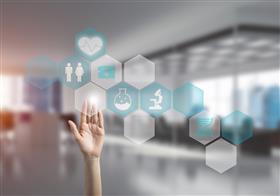 Bengaluru, India, June 14, 2021 -- The Bescom helpline, 1912, to report power cuts turned out to be a game-changer when Bengaluru was reeling under a deluge of Covid-19 infections during the second wave.

Cases began rising in the city in March when BBMP zonal helplines, 108 and 104, were flooded with thousands of calls a day. Unable to handle the huge number of calls, the Palike had no choice but to build a network on a war-footing to reach out to people in distress. That is when 1912 came to the rescue.

The heartening success of helpline 1912 during the pandemic shows how a public service can be used to advantage during crises. Given the considerable lessons from the call centre sector, it’s good that the helpline was leveraged to first take note of people’s problems and then pass them on to agencies which could then address them. While well-oiled helplines are welcome, it’s speedy resolution of the issues that’s needed and will make the process truly worth the effort.

Dr Maheshwari M of BBMP, who heads the 1912 medical team, shared the challenges they faced and how they overcame them. "When there was a spike, we thought the city would report about 6,000 Covid-19 cases a day and the number may reach a maximum of 10,000. During the first wave, the maximum number was about 5,000 in a day. We thought about 10% of the affected would require the helpline's assistance and we started with 60 lines initially," she said.

The basic idea was to receive the call and route it to other lines depending on the issues being raised, including bed blocking, ambulance services and queries from people in home isolation.

"Calls from people in home isolation were diverted to zonal level war rooms, which in turn would alert the nearest Primary Health Centre and other workers to address the issue. For better co-ordination, doctors from BBMP, 108 and Suvarna Arogya Suraksha Trust (SAST) were posted at 1912 so that in case a patient had any problem during admission in hospital, they could do tele-triaging," Dr Maheshwari explained.

"Every day we were attending 22,000-23,000 calls and the call waiting time was increasing drastically. While it started with 60 lines, the number was increased to 120 and then 200 before it went up to 400 during the peak. In one shift, about 200 persons were on the job to address callers," she said.

A team from e-governance stepped in. As zonal war rooms were already in the public domain, it was decided to create exclusive helplines at zonal level to take calls from 1912. "If a person called 1912, details like the BU number were collected and shared with the team at BBMP zonal level, which exclusively received 1912 calls. When zonal war rooms didn't respond, doctors sitting in 1912 helpline control room were provided access to block beds for patients in need," Dr Maheshwari said. According to her, they were able to not only reduce the waiting time but also ensure swift actionable responses at many levels.

Employees working at the Bescom helpline said nobody predicted they would be receiving hundreds of calls every day. "During the peak, one representative in a six-hour shift would attend 120-150 calls," they said.