News : How Kazan Becomes Capital of Call Centres in Russia 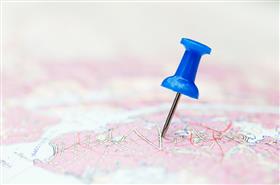 Kazan, Russia, Feb, 2020 -- More and more federal players choose Kazan to locate their offices whose functions include remote counselling for clients from all over the country via phone or the Internet. Demand for call centre operators from banks and big companies grows here the most. Bots didn’t put down roots in a talk with consumers, it is still preferable to hire people for the uneasy job. As Realnoe Vremya found out, as a result, call centre operators’ salaries also went up. Otkritie Bank, which opened its sky office late last year, named the choice of the Tatarstan capital logical. Once GE Money Bank was the first to open such a centre in Kazan, this is why the heart of the bank’s competencies in risk management, sales, IT are right here today, the successor of the bank — Sovkombank — told our newspaper.

"Choice of Kazan is logical"

Late last year Otkritie Bank opened a sky office in Kazan that began to provide up to 85% of all remote services. The flagship office has several functions: counselling for clients by phone or on the Internet, sale of the bank’s products, technical support for online banking services. The new service centre is to increase the effectiveness of operation and service, the quality of online banking for legal entities. The total area of such a call centre is 3,000 square metres.

Employees of the office received about 100,000 addresses of entrepreneurs by phone only in November in pilot mode. Moreover, 87% of calls were answered during the first 20 seconds of waiting, 3,500 addresses were received in chats with the average response time equal to 60 seconds and 13,000 emails. In 2020, Otkritie Bank plans to increase the number of the centre’s staff 1,5 times, to 300 people.

Otkritie explained to Realnoe Vremya that when choosing a site for the project, the bank evaluated the economic and staff potential of the region as well as the average salary. Kazan overhauled other cities of the European part of Russia in the totality of all factors.

"Tatarstan is among leading regions of Russia in key macroeconomic indicators, has big potential for the development of small, medium-sized and large businesses, great intellectual potential and qualified workforce. This is why the choice of Kazan to open the sky office is logical," representatives of the bank claimed.

Otkritie Bank’s decision to create the flagship office in Kazan is a general federal trend, Realnoe Vremya was confirmed at HeadHunter Volga Region. Head of the press service of the HR company Aleksandra Sevastyanova noted that in 2019 over a thousand vacancies for call centre specialists opened in the Tatarstan capital, which is by 8% more than in 2018. In most cases, there weren’t claimed special requirements for the candidates: 66% of vacancies were designed for applicants with no experience.

Federal companies began to transfer part of their business from Moscow to regions, and more often to Kazan to save money on rental and salaries for the staff. For instance, Aeroflot has a call centre for English-speaking passengers in Kazan. Moreover, the accounting department of Children’s World chain of shops was relocated to the capital of Tatarstan.

Indeed, players reduce their costs almost twice due to the difference in salaries for call centre operators in Moscow and our city. So the decision is quite logical and besides the reduction of expenses its another goal is a more active expansion to Tatarstan, experts think.

An office of GE Money Bank, which opened in 2008, was one of the first call centres of federal companies in Kazan. The centre opened in Idea technopark in Kazan where the bank rented about 4,000 square metres for 7 years.

Consequently, GE Money Bank was taken over by Sovkombank whose representatives told Realnoe Vremya that in 2008 GE Money Bank not only opened the call centre in 2008 and, in fact, but also continued developing its Moscow office in all key competencies. And it didn’t regret the choice:

"Today Kazan is at the heart of Sovkombank’s competencies in risk management, sales, IT and information security and anti-fraud. Managers of important departments and divisions, hundreds of programmers and over 1,000 experienced underwriters work here," the press service of the financial organisation said. "Kazan is one of the most promising cities to locate key competencies of banks in the era of digital technologies in one place, Sovkombank plans to keep favouring the development of regional examination."

Where and how first call centres appeared

It is noteworthy that the first call centres of big companies and banks in Russia began to appear in the regions in the late 1990s. The second wave arose immediately after 2008 and affected, first of all, outsourced call centres whose market began to rapidly grow then.

Today's Tip of the Day - Choose Your Rota!