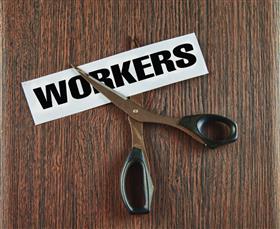 Plymouth, England, Oct 23, 2019 -- Hundreds of workers at a call centre dealing with inquiries for John Lewis are facing losing their jobs, days before Christmas.

The call centre in Derriford, Plymouth which employs about 450 people is run by Sitel in the Ship building.

John Lewis said about 200 jobs would go before Christmas in move to "strengthen in-house contact centres".

However, staff told the BBC call centre managers had told them to expect more than 300 redundancies.

Staff said they had been told the redundancies would be made by 20 December.

Sitel has refused to comment on the job losses at its Plymouth site.

One worker described the cuts as "brutal" and a "shock", adding: "People just broke down."

In a statement, John Lewis said: "We can confirm that we are reducing the scale of our operations in Plymouth.
'Terrible news'

"This is part of a wider strategy to strengthen the capacity of our in-house contact centres in order to further support and serve our customers."

The news was given on Monday afternoon when managers gathered all members of staff in the building foyer.

A contact centre worker said: "It's literally five days before Christmas. It cannot come at a worse time."

Another employee said they were told call agents, human resources and managerial roles were all at risk.

Charlotte Holloway, Labour candidate for Plymouth Moor view, said: "This is terrible news for Sitel employees and their families, particularly in the run-up to Christmas. My heart goes out to them."

"I'm in touch with some of the employees and needless to say it is a distressing time for them."

Staff will be told of their future in individual consultations between 5 November and 20 December.