News : IAG Plans to Shut its Insurance Shops in NZ 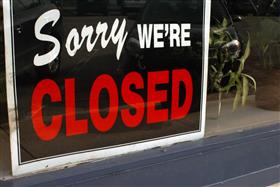 Auckland, New Zealand, June, 2020 -- IAG is proposing to shut its 53 AMI stores and its remaining State store, and move its 350 staff to digital and contact centre roles.

About 65 management positions could also be disestablished, however, the company said it hoped to redeploy as many staff as possible.

IAG spokesman Kevin Hughes said the review reflected growing customer expectations for digital services, which had been accelerated by the Covid-19 pandemic.

"For several years, we've seen a decline in visits to our retail stores as customers increasingly look to engage with us over the phone, via email and through our online platforms and digital channels," he said.

"Customers expect more digitally, and we are focused on delivering that for them."

He said the proposal to close the stores was not taken lightly.

Hughes said IAG planned to set up pop-up stores, if they were required, such as in the event of a natural disaster.

Staff were being advised of the proposals this evening, and a consultation process including input from customers would begin immediately.