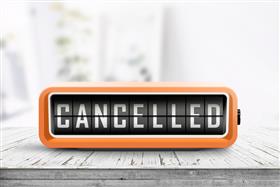 Baton Rouge, LO, USA, March, 2019 -- IBM has scrapped plans for a customer contact center in Baton Rouge, nearly two years after first unveiling the potential project at the same time the tech provider was being granted an extension of time by the state to fill 800 jobs on a separate project.

The company and Louisiana Economic Development previously said IBM could begin recruiting for the center this year. However, the customer contact center being considered was for a client that no longer needs it, IBM said.

The "several hundred employment opportunities" tied to the customer contact center were to be in addition to the 800 jobs the company has already promised at its taxpayer-financed downtown office tower, where it operates a client innovation center.

The customer contact center "was linked to a contract where the client has changed their requirements considerably and no longer has a need for the capability that the facility would have supported," an IBM spokesperson said in a statement.

The decision not to open the customer contact center is not expected to affect the millions in tax incentives IBM is promised in return for its other Baton Rouge operations. That’s because the contact center was not part of the state’s new agreement with the company reached by Gov. John Bel Edwards’ administration after IBM failed to meet hiring goals at its innovation center.

The original agreement, touted as a win for the region's nascent technology industry by Gov. Bobby Jindal's administration, required that IBM create 800 jobs by 2017 at the innovation center. In return, the state and city-parish promised the tech provider a tax incentive package over 17 years.

The company fell well short of that 800-job goal when it came due in 2017, employing 572 at the deadline. Instead of trying to claw back tax breaks already paid, Edwards’ administration struck a revised agreement with the company, giving it until mid-2019 to create the 800 jobs and increasing penalties if it fell short again.

When announcing the new deal, the Edwards administration said "IBM continues to expand in Louisiana and anticipates announcing an additional project in Baton Rouge with the creation of a new customer contact center."

The customer contact center was part of that 2017 announcement, but it is not part of the cooperative endeavor agreement with the state. IBM is approaching a summer deadline for creating 800 jobs for its innovation center.

"We were hopeful the customer contact center would come to fruition, but it wasn’t part of the amended IBM agreement and it is our understanding that IBM has been making progress on its hiring goals," Edwards spokeswoman Christina Stephens said. "We’re always disappointed when a project doesn’t come to be, but we are encouraged by the number of big economic wins we’ve had for Louisiana lately."

Stephens added IBM’s Baton Rouge center "has the potential to create $2 billion in total economic output" in the region with the extended deal.

The Baton Rouge Area Chamber worked with IBM to bring the customer contact center to Baton Rouge, said BRAC President and CEO Adam Knapp. The organization was hopeful the project would come to fruition, he said.

"IBM’s services are client-driven, so we understand that decisions are always subject to change," he said, adding BRAC continues to support the firm’s talent recruitment and development efforts as it grows.