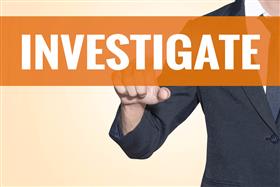 Manila, Philippines, June, 2020 -- The Department of Labor and Employment (DOLE) should look into alleged abuses being committed by call center companies against Filipino workers amid the COVID-19 pandemic, Senator Imee Marcos said Monday.

Marcos, who chairs the Senate committee on economic affairs, said her office has been receiving reports of unfair practices under the work from home arrangements of some business process outsourcing (BPO) companies.

These include unreimbursed costs for electricity and wifi access, and extended home-based work shifts with no extra pay.

The non-payment of salaries in the last three months, forced use of maternity leave credits, and denial of separation pay were also mentioned by the senator.

"The complaints are not just coming out of smaller call centers but also from top-listed companies that were earning billions in annual income. One even reportedly cut its workforce to less than half," Marcos said.

She underscored that the DOLE has previously released labor advisories stating that flexible work arrangements must undergo consultation between the employer and employees, and that adequate support should be provided to those who will be working from home.

"BPOs must take care of their employees in anticipation of a bounce-back in business post-COVID, as companies in other sectors will turn to outsourcing services to cut costs," Marcos said.

The senator said the BPO industry's contribution to the Philippine economy grew to around 12% of gross domestic product in 2019 from a mere 0.7% in 2000.

She added that projections prior to the COVID-19 pandemic showed that the 1.4 million-strong call center workforce in the country may reach 2.5 million this year.

About Department of Labor and Employment:

More Editorial From Department of Labor and Employment