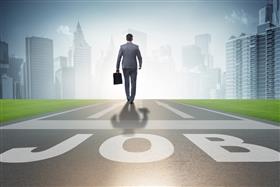 In a press conference at Royal Mandaya Hotel at the first Philippine Impact Sourcing Conference (PISCON) 2017, CCAP Chairman of the Board Benedict Hernandez pointed out that espousing the impact sourcing scheme, which brings contact center, back office work and other offshoring works to qualified talents in provincial and rural areas so they may have access to gainful employment, will provide traditional Information Technology-Business Process Management (IT-BPM) firms the ability to explore and to tap quality talent in the provinces.

According to the CCAP, impact sourcing gives businessmen in the countryside the opportunity to exercise their entrepreneurial prowess by establishing home-grown IT-BPM firms right in their own backyard, while giving potential workers the ability to be employed without having to leave their families and their hometown.

He said the industry continues to be one of the biggest creators of high value jobs in previously untapped communities.

Just for last year alone, Hernandez said 80 percent of CCAP members have established operations in provinces such as Puerto Princesa in Palawan, Balanga in Bataan. and in San Nicolas, Ilocos Norte.

However, he said impact sourcing is still a relatively young practice for IT-BPM firms in the Philippines but CCAP is optimistic about its growth.

"We know there is a tremendous potential for impact sourcing. For our businesses, it means access to talent pools in vast, untapped communities where there is high quality work which are cost effective coupled with incredible drive and commitment by the employees. It is a unique way to grow our businesses and at the same time create palpable positive impact to the community," Hernandez said.

"The industry has long been a champion of gender equality and equal opportunity employment. Now, with impact sourcing, it gives the IT-BPM industry the chance to promote further inclusivity," he added.

Uligan said various research has shown that workers in the impact sourcing sphere have lower attrition levels compared to traditional IT-BPM workers, and are very highly motivated and loyal to the company that provided them the necessary skills training, which leads to higher productivity and better performance.

"We all know that working in the IT-BPM industry remains to be a preferred career option, but this perception still largely remains among employees in highly urbanized cities. With impact sourcing, workers in the provinces now have the same option where they can opt for a job that pays better and provides a decent work environment compared to the usual alternative, and helps them improve their self-confidence," he said.

A boutique knowledge process outsourcing partner serving small to medium-sized companies in their business process and contact center needs. We will do this by exceeding our customer’s expectations by providing excellent and reliable service with a high level of quality at a lower cost through the integration of people, technology and business systems.