News : In 24 Hours of Starting Helpline, Police Get 300 Pleas for Plasma 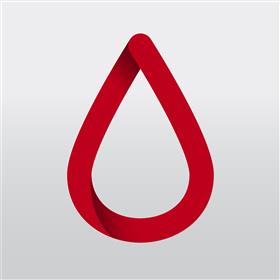 Noida, India, April 20, 2021 -- Police launched a helpline to help Covid patients who are struggling to get plasma and oxygen at Noida hospitals. By Monday — in less than 24 hours of launch — they received 300 requests for plasma.

The helpline is answered by officers who connect patients’ kin to any police officer who has already recovered from the disease and can donate his/her plasma.

While the helpline ‘8851066433’ started on Sunday evening, it soon got flooded with calls and messages and requests on Twitter. The helpline then stopped functioning for a while and complaints flowed in from the patients’ kin who tried to reach out to the police. However, the issue was resolved by late-night and calls resumed flowing in. Only two patients have given plasma after full check-up and fulfilment of criteria, officials said.

Sub-inspector Anoop Singh from the Sector 39 police station was the first to donate plasma to a 63-year-old Anil Maheshwari who is currently recuperating in the ICU of GIMS, Greater Noida.

DCP (headquarters-2) Meenakshi Katyan told TOI that out of the 250-300 requests that came via messages, calls to police officers and social media, the helpline alone received around 150 calls in 24 hours. "The demand is very high and we need to take care about the eligibility criteria for plasma donation since too," she said.

The police has decided to create a ‘plasma pool’ by roping in jawans from the UP Police armed constabulary (PAC) too and has issued a form for the kin of Covid patients.

Meanwhile, the police have called upon residents to extend help to the patients and reach out to their kin.