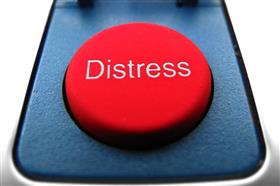 Srinagar, India, Sept 21, 2022 -- The Women Helpline in Jammu and Kashmir has received more than a lakh crisis calls in the past eight years.

The official data accessed by Greater Kashmir informs that a total of 1,26,457 calls have been made to the 181 hotline.

The majority of the calls are about harassment, abuse, dowry, and domestic violence faced by women in Kashmir.

To assist women in need, the government launched the 181 hotline in all states in 2013.

According to the records, the majority of the calls were about domestic abuse followed by eve teasing and other crimes against women.

According to officials, the caller is connected with local Police that takes prompt action in dowry instances.

Official data reveals that over the previous year, crimes against women in J&K increased by 10 percent.

A total of 326 rape cases were registered last year.

The police recorded 963 occurrences of kidnapping in 2021.

Similarly, 1849 occurrences of molestation were reported in 2021.

More than 44 percent more dowry-related fatalities occurred in J&K during the past year.

At least 16 married women died in 2021 as a result of dowry demands.

Nine of these incidents were recorded in 2020.

Over the past year, spouses’ cruelty escalated by more than 30 percent.

According to a senior Police official, women in need also go to women’s police stations for assistance.

"We have female police stations that are allowed to record and look into every case of crime against women. According to the legislation, female officers of the law seal each case," the official said.

Even after the government and civil society adopted several measures, the number of domestic violence incidents and deaths related to dower in J&K has not decreased.

The women of J&K continue to endure abuse from their husbands despite the administration’s frequent awareness campaigns involving religious leaders.

Due to the current circumstances, there has been a 10 percent increase in crimes against women in J&K.