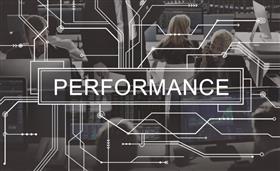 The council raised money last year by providing services to outside agencies including its neighbours and is one of only two councils in Scotland which provides services for three local authorities at its centre for additional income.

A report on the number of calls covered revealed that the contact centre dealt with 22,874 calls for Scottish Borders Council in its first year of providing call services for them.

It also handled almost as many out of hours calls for Midlothian Council last year – 5,731 – than it did for East Lothian residents, who called the out of hours line 5,828 times.

The centre reported receiving more than 193,000 service calls during the last financial year, with 28,620 for neighbouring authorities.

An additional 97,000 calls were dealt with through its switchboard.

In a report to the council’s policy and performance review committee, it was revealed an additional five full-time workers were taken on by the community response team to deal with calls from the Scottish Borders.

Eileen Morrison, head of customer services, said that funding from Scottish Borders covered the funding of additional staff and provided additional cash for the council.

Councillors were told that taking on the contract had been a benefit to the centre, which has provided out of hours services for Midlothian Council for nearly a decade and also services for Castle Rock Edinvar and East Lothian Housing Association for additional income.

Raymond McGill, contact centre manager, said: "By having a larger team everybody benefits. It is a strong and better service because we have been able to expand in this way."

And it revealed that the contact centre, which is based in Penston House, Macmerry, has also introduced an Election Line in recent years to deal with "many election/referendum calls in the run-up to an election".

It was reported that 92 per cent of calls to the centre were answered or received call backs, slightly down from 96.1 per cent the previous year but still above the 90 per cent target. They had also experienced a dip in the number of calls answered within 20 seconds, which fell to just under 50 per cent.

A council spokesperson said: "The total received from all parties for the services we provide on their behalf was almost £400,000 for 2018/19. This has enabled us to continue to invest in the services that we provide to our own residents through the contact centre.

"Our council is committed to working in new ways within the challenging financial climate."