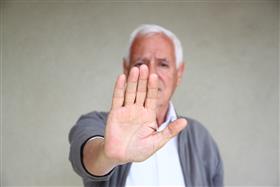 Brisbane, QLD, Australia, April, 2019 -- The number of calls to the Palaszczuk Government-funded Elder Abuse Helpline increased by more than 17 percent during the 2017-18 financial year, with more than 1900 Queenslanders reporting elder abuse over those 12 months.

The figures make up part of the Elder Abuse Prevention Unit’s Year in Review report, which was released this week.

Minister for Seniors Coralee O’Rourke said the increase in calls was a sign that the Palaszczuk Government’s elder abuse awareness campaigns were working.

"This is the largest annual increase in elder abuse notifications since the Elder Abuse Prevention Unit began collecting this data in 2000-01," Mrs O’Rourke said.

"We believe this isn’t necessarily a reflection of an increase in the incidence of elder abuse, but rather that it reflects an increased awareness of this long under-reported issue within the community.

"This report represents the most comprehensive data on elder abuse in the state and is a clear indication that awareness campaigns such as those run by the Palaszczuk Government and the Queensland Law Society are getting the message across that elder abuse won’t be tolerated."

The data also shows that the most common forms of elder abuse reported were financial abuse (1511 calls) and psychological abuse (1207 calls).

More than half of victims were aged 80 years or above, with the highest proportion of victims aged between 80 and 84 years old.

The Elder Abuse Prevention Unit receives $757,204 funding from the Palaszczuk Government to operate the Elder Abuse Helpline in the 2018/19 financial year.

Mrs O’Rourke said the Palaszczuk Government was committed to responding to, raising awareness of and reducing elder abuse.

"There are other forms of abuse, such as sexual abuse, which may be under-reported and I encourage people to report these," she said.

"Our seniors make a valuable contribution to communities across Queensland, and they deserve to live free from abuse.

"Tackling elder abuse is one of our commitments under the Queensland: an age friendly community action plan.

"This forms part of our wider commitment to creating age-friendly communities where Queenslanders, regardless of their age, can participate and be included in their communities, be resilient and enjoy social and economic wellbeing."