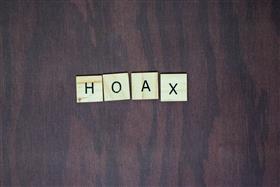 Jorhat, India, Nov 21, 2017 -- Increasing number of hoax and crank calls have been a big hurdle for providing the 108 Mrityunjoy ambulance emergency response service free of cost to the public by the Hyderabad-based organisation GVK-EMRI, which has completed nine years of operation in Assam this month.

Addressing mediapersons here at the Jorhat Medical College and Hospital, the regional manager of GVK-EMRI (Upper Assam and Barak Valley) Kanakendu Sinha said that on an average the Guwahati-based call centre of the organisation receives 8000 calls daily asking for 108 service from across the State.

Sinha said, however, about 70 per cent of the calls were found to be hoax and a large number were crank calls. Expressing concern over such a trend, the regional manager of the organisation said the service gets ‘misused’ by such kind of acts and leads to wastage of resources and time.

Elaborating, Sinha said that any point of time the call centre could receive 30 calls at a time from across Assam, but hoax calls make the lines unnecessarily busy and leads to delay in attending to many genuine emergency calls, which may be life-threatening requiring immediate medical attention.

He said that there has been an instance of a person making 1700 calls to the 108 service call centre on a single day, which were crank calls and the matter was referred to the police.

Sinha also pointed out another disturbing trend of school students, especially during summer and winter vacations making unnecessary calls to the 108 service and trying to chat by wanting to know about the call receiver and at times reciting rhymes and poems!

Blaming the parents for such kind of behaviour, he urged the parents and guardians to see that their wards do not indulge in such irresponsible acts.

The organisation’s communication and marketing head (Assam) Dhurjoti Prasad, said that another problem faced by the staff of the emergency service was rising incidents of mob manhandling the employees due to ‘delays’ in reaching the destination to pick up patients.

Prasad said that altogether 380 vehicles and five boats were operating across Assam round-the-clock with one 108 ambulance covering a population of one lakh. He said in some cases it happens that the ambulance of a particular area was already preoccupied when there was another request for the ambulance from the same area.

He said that in such cases, the call centre searches for next nearest ambulance and after finding out its availability status, directs the nearest vehicle to attend the call if it was free, and hence, time taken to reach the patient naturally gets delayed.

Prasad said instead of understanding the situation arising out of such cases, the pilot (driver) and the emergency medical technician deputed to each ambulance are assaulted for no fault of theirs. The official also pointed out that the heavy traffic rush in urban areas, most of the time, was another obstacle to reach early.

Pointing out that the Jorhat district administration has given away awards to a few employees for exemplary discharge of service that has helped in saving lives, the programme manager (Jorhat) Istiaquar Rahman said altogether 28 vehicles of the organisation under different categories of services were running across the district.

Rahman said during nine years of service by the organisation in the district (up to October 31, 2017), a total of 1,93,597 emergency calls were received, out of which 1,35,882 were of various medical nature.

GVK-EMRI operates in 13 States and two Union Territories under the private-public partnership agreements with respective governments. The governments bear all operational and capital costs.