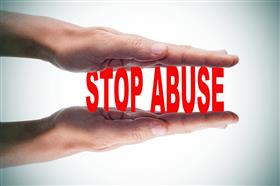 The SIC comprises the Union of Security Employees (USE), the Security Association Singapore (SAS) and the Association of Certified Security Agencies (ACSA).

In a joint media release on Tuesday (Nov 5), the associations said that the SIC will help affected officers through mediation and legal advice. It will also help officers lodge police reports, if necessary.

The initiative follows a recent incident at Eight Riversuites condominium, where a resident was seen on video verbally abusing a security guard over a management rule requiring guests to pay S$10 for parking after 11pm.

The man, 44-year-old Ramesh Erramalli, is being investigated for "intentionally causing harassment to a security officer", the Ministry of Home Affairs (MHA) said last week.

Citing a poll by USE in April 2019, the associations said 73 per cent of 52 security officers surveyed reported suffering from either verbal or physical abuse while on their job.

"SIC believes the numbers are larger, but officers do not want to report them for fear of losing their livelihoods," the release said, adding that lack of awareness of recourse available to them may be another factor.

Security officers are often tasked with advising the public of conditions and rules set by a development's managing agent or representative, the release highlighted.

Besides being put at risk of abuse from individuals unwilling to comply with the rules, officers - or their employers - are often faced with financial penalties if they fail to execute the rules, the release said.

"More must be done to protect them from abuse", the release added.

The SIC will continue to advocate against abuse by displaying posters at developments to remind members of the public to respect officers.

However, if the event of abuse, an officer can send their complaints and any videos to stopabuse@hormatsecurity.com. Hormat means "respect" in Malay.

The cases will then be forwarded to USE's mediation service at its Customer Service Centre for further assessment and follow-up.

Depending on the case, the assistance provided may range from mediation and legal advice to helping affected officers apply for medical leave, medical claims, or even a change of site or role.

If the need arises, USE may escalate cases to the Police Licensing & Regulatory Department, or help officers lodge police reports."

"This initiative provides an avenue for officers to send complaints and videos on abuse, so that their grievances can be dealt with legally, and without officers themselves getting into trouble for doxxing and harassment," said SAS President Raj Joshua Thomas.

"The Office of the SAS Counsel will act on complaints received to advise officers and if necessary, arrange for representation for officers who are abused or have other legal issues," he added.

Leaders of USE and ACSA also voiced support for security officers.

"Respect security officers, they stay vigilant so that you can sleep in peace," said ACSA President Robert Wiener.

Today's Tip of the Day - Research Before You Buy