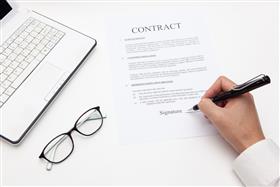 Bengaluru, India, Sept, 2018 -- Infosys has won two IT outsourcing deals in the past two months, signalling an improvement in business under CEO Salil Parekh, who took over at the beginning of the year.

The company has won a deal from US telecom company Verizon. The deal was clinched last week when Parekh was at Confluence, the company’s annual customer meet in the US.

Prior to this deal, the company also won a deal from Microsoft. The deal involves Infosys undertaking order management, service desk and contact centre support for four lines of business — Microsoft Dynamics, commercial operations, enterprise services and original equipment manufacturers operations that together represent over 90 per cent of Microsoft’s global revenues.

Verizon told TOI that it has reached an agreement to transition select functions within Verizon's global information technology (IT) organisation to Infosys. "All impacted employees will receive comparable, competitive offers, and are expected to transition to Infosys in the fourth quarter 2018 to continue performing functions that will now be IT managed services for Verizon. We have an extremely talented team at Verizon and are fortunate to continue to work with them in this new capacity," the spokesperson said. When TOI reached out to Infosys, the company said it does not comment on client engagements.

Phil Fersht, CEO of IT advisory firm HFS Research, said Infosys has found a valuable period of stability, after the turbulence in 2017, and recent new business wins and renewals are testament to enterprise clients showing a newfound confidence in the firm's long-term trajectory. "Salil Parekh has established a motivated team to reinforce the firm's’Pentagon Strategy’ of proximity, design, learning, automation and agile. Now the challenge is to convert stability into real market aggression to attack the likes of TCS and Accenture."

Infosys BPO is an end-to-end outsourcing services provider. We address your business challenges through our integrated IT and business process outsourcing solutions. We unlock business value by applying proven process methodologies and business excellence frameworks to significantly reduce costs, enhance effectiveness and optimize business processes. Infosys BPO is a global company with 12 delivery centers across the Asia Pacific, Latin America, Europe and India. Our business solutions and leadership have been recognized by several global forums. We are an equal-opportunity employer and continue to be regarded for our global people excellence practices.

Today's Tip of the Day - A Nice Treat