News : Integration of Emergency Helplines in KP on Anvil 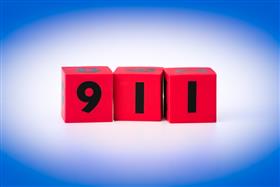 Peshawar, Pakistan, Oct, 2021 -- The National Telecommunication Corporation (NTC), the official IT and telecom service provider to the government, is working on a plan to integrate all emergency helplines of various government departments in Khyber Pakhtunkhwa under the proposed Pakistan Emergency Helpline (PEHEL-911).

The documents available with Dawn show that the PEHEL-911 is being set up in line with the directions of Prime Minister Imran Khan and is meant to provide single and universal emergency helpline facility to the people.

A meeting chaired by the interior secretary had discussed the contours and financial and technical aspects of the proposed nationwide helpline on Sept 10.

The meeting was informed that the prime minister had approved Rs300 million for the project, while the finance division would provide additional funds if the need arose.

Initiative being taken on PM’s orders

The meeting decided that the National Telecom Corporation (NTC) would be responsible for the provision of technical support to the provincial governments, while the provinces would arrange funds from their own budgets to establish and operate their control rooms for the purpose.

"The NTC will only provide technical support as and when required as per its rules and policies," read the minutes of the meeting.

In light of the meeting’s decisions, the KP administration department has allotted a hall and eight rooms located on the first floor of the Mian Rashid Hussain Block of the civil secretariat here to the home and tribal affairs department for the establishment of the PEHEL-911.

The home and tribal affairs department also notified an eight-member steering committee for the establishment and operationalisation of the control room.

The committee’s TORs declared that it would coordinate with the NTC and National Information Technology Board for working out efficient call response mechanisms and would oversee civil and renovation work on the provincial control room and infrastructure and technical requirements to be executed by the NITB and NTC for the operationalisation of the project.

The steering committee held its first meeting in the provincial capital recently and decided that the NTC would also present a proper plan for the integration of all functioning emergency helplines operated by Rescue 1122, Rescue 15 and Provincial Disaster Management Authority.

The meeting was informed that around 3,000 calls were daily received by the National Highways and Motorways Police, 600 by Rescue 1122, 800 by the PDMA and 1,000 by the police department.

According to the documents, the PEHEL-911 will assist in alerting and mobilising all relief agencies at federal and provincial level for facility the citizens in distress.

The NTC has planned to set up a cloud-based PEHEL-911 call centre to be based in Islamabad with the backup in Lahore Data Centre.

The document said a single call centre agent was expected to handle about 60-70 calls per day.

Also in the first phase, the PEHEL project will be executed in centralised mode, connecting the existing helplines in Islamabad, provinces, Azad Jammu and Kashmir, and Gilgit-Baltistan.

The help line will be connected through managing networks, software and telephone lines.

Following the successful implementation of the project, all distributed helplines will be merged with the PEHEL-911.

The document also showed that the Pakistan Telecommunication Authority had already allocated the code 911 for the proposed helpline, while ‘testing with mobile companies’ had also been finalised.