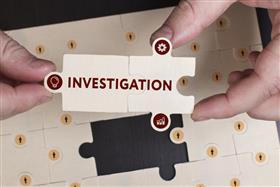 London, UK, Apr 3, 2017 -- The NHS has launched an "urgent" investigation into allegations that suicidal patients calling 111 are being left on hold until they hang up.

Staff at the health service’s non-emergency hotline were allegedly found asleep on duty, claimed a reporter for The Sun who went undercover at the NHS 111 call centre at St Charles Hospital in Ladbroke Grove, west London.

The newspaper reported an alleged conversation with one of the call handlers about how they dealt with suicidal patients.

According to The Sun, a handler told the undercover reporter: "After a while you can’t talk to them no more, it just gets awkward."

"She was crying and I was asking her stuff like, 'do you not really want to talk', she was like, 'no'... I put her on mute," the reporter was allegedly told.

A Department of Health spokesman described the claims as "clearly completely unacceptable" if found to be true.

"The NHS is now urgently investigating and if any wrongdoing whatsoever is found, including criminal actions, we will want to see the police and relevant NHS regulators alerted as necessary," they said.

The 111 helpline, offered to direct patients with urgent conditions to the best form of care, is described by the NHS as "fast, easy and free."

"Call 111 and speak to a highly trained adviser, supported by healthcare professionals. They will ask you a series of questions to assess your symptoms and immediately direct you to the best medical care for you," says the NHS website.

The newspaper said it found call handlers asleep at their desks or describing themselves on "busy" on the internal computer system to avoid new calls and new patients.

Technical glitches reportedly ended with one handler hanging up on at least three patients, including one with heart palpitations.

Workers were told to tell callers they were experiencing technical failures when they may have been struggling to work the system, according to The Sun.

The report also claimed that managers changed the undercover reporter's time sheets to show he had done more training hours than he had.

Simon Douglass, medical director of the London Central and West Unscheduled Care Collaborative, which runs the centre, said: "I would like to reassure patients and the communities that patient safety is, and always will be, our highest priority.

We take any allegations extremely seriously and have launched an urgent investigation. The matters leading to the allegations appear to have arisen earlier this year when the undercover reporter participated in training.

"All issues relating to staff conduct are extremely important to us, particularly in relation to patient safety. We strictly enforce our policies for managing staff conduct at all times including whenever we receive reports of inappropriate conduct or behaviour.