News : iQor Call Center in Talks for a New Contract 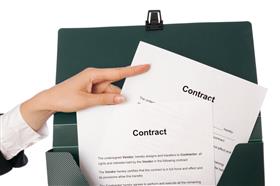 Klamath Falls, OR, USA, June 18, 2019 -- iQor call center in Klamath Falls may not shut down on Aug. 30 — putting 300 people out of work — if it is able to secure a new contract for work at the center that sits up in the Tech Hills complex just north of town.

"As previously stated, our leadership team and a number of our sales executives are continuing to reach out to prospective partners to secure a new line of work for us to perform in Klamath Falls," according to a statement issued Monday from Robert Constantine, vice president of marketing in St. Petersburg, Fla.

"Please know that we are working incredibly hard to secure another client. We will notify our family in Klamath Falls and the broader community if a deal has been reached before August 30."

iQor issued the WARN statement to all of its staff last week, notifying employees that without a new work contract, the staff would be laid off and the site permanently closed down. A WARN is a Worker Adjustment and Retraining Notification under U.S. labor law which protects employees, their families, and communities by requiring most employers with 100 or more employees to provide 60 calendar-day advance notification of closing or layoffs.

"Based on the information currently available, we expect that your position will be eliminated, and you will be separated from employment with the company between Aug. 16 and on Aug. 30," the letter said.

Employees will be paid regular wages through the date of their separation and will receive severance pay if they stay on until the layoff takes effect or a new contract is signed. The letter was signed by Sonia Goyal, vice president of human services.

This is not the first time the center had layoffs and it usually happens when a customer contract ends with the call center. The center was initially an Asurion contact center, a customer and product support business center. It had layoffs throughout its history in Klamath Falls. Asurion transferred to iQor, a global provider of outsourced business solutions, on Dec. 1, 2016.

There is no union representing the employees, hence the company does not have so-called bumping right whereby it could transfer more senior employees to other iQor operations.

iQor is a global provider of business process outsourcing and product support services with 32,000 employees in 17 countries. We partner with many of the world’s best-known brands to deliver aftermarket product and customer support solutions that span the consumer value chain, from customer care and receivables management to product diagnostics and repair services. Our award-winning technology, logistics and analytics platforms enable us to measure, monitor and analyze brand interactions, improve business processes and find operational efficiencies that lead to superior outcomes for our partners across the customer and product lifecycles.