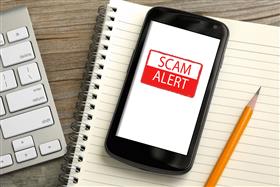 Singapore, March, 2020 -- With the Republic in the middle of tax season, the Inland Revenue Authority of Singapore (Iras) has warned about scam calls that spoof the taxman's helpline numbers, following reports it received on them.

In an advisory on Friday (March 6), Iras said the scammers in the call will tell victims that they have court orders and lawsuits with the authority and have to transfer their unpaid taxes immediately.

The authority said that the scammers may have used a spoofing technique to mask their real numbers and manipulated the caller IDs displayed on phones such that they appeared to be Iras' numbers.

Since Thursday, fewer than 10 people have made reports on these scam calls.

The calls were made amid tax season when taxpayers have to file their returns between March 1 and April 18.

Iras on Friday stressed that it does not ask taxpayers to make payment to a third-party account through a telephone call.

"Members of the public who receive such calls are advised to ignore the call and any instructions provided by the caller. Those who have been affected by the scam are advised to lodge police reports," said Iras.

Friday's alert follows an earlier warning by the Monetary Authority of Singapore (MAS) on Thursday after it received reports from nearly 100 people about phone scams made in the central bank's name, a spike of at least 10 times.

In the past week, MAS received just five to 10 reports daily on such scam calls, which came to its attention in late February.