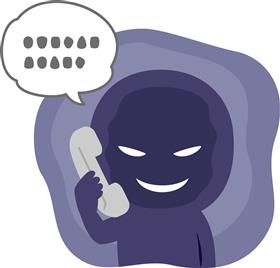 Sharing the data, the police said that a total of 3,183 calls were received at the emergency helpline 'Pukar-15' on Saturday, out of which 2,471 (77 percent) calls were hoaxes.

On the remaining calls, police provided immediate assistance which was related to police intervention, fire brigade, ambulance, and other services.

Inspector General of Police (IGP) Islamabad Dr. Akbar Nasir Khan took notice of hoax calls on the police emergency helpline and directed the CPO Safe City to take action against those involved in such activities.

"If anyone tries to waste the time of the police by making fake calls or passing derogatory remarks to the personnel will be dealt with iron hands," he maintained.

The CPO Safe City urged the masses to approach police only in emergency situations as some genuine cases needing police attention could be neglected because of the time consumed on hoax calls.