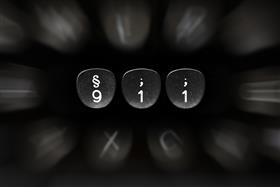 Tel Aviv, Israel Nov, 2018 -- Amir Elichai was walking along the beach in Tel Aviv when he was approached by strangers who demanded his wallet. He complied, and as soon as he was safe, he called Israel’s emergency services system.

"The response time was terrible," he recalls, leaving the muggers plenty of time to flee. "The technology was not at all up to date." So Elichai decided to change the situation.

Four years and millions later, Elichai’s company, Carbyne, has re-engineered the infrastructure for 911 services from the ground up, to take advantage of all the innovations that have come along in the 20 to 30 years since most emergency systems were built.

Those innovations include the ability to see the location of a caller on a map, to chat by text if a voice call is not possible, to use VoIP (Voice over IP) services like WhatsApp and Skype, and to stream video so the 911 operator can see what’s happening in real time.

"Listening to the call-takers and the PSAP [public safety answering point] staff as they watched the pins drop [on the Carbyne 911 map] within a few meters of where the callers were, and the video upload on their screens was amazing," says Raymundo Sánchez López, Carbyne’s regional director of sales for Mexico.

Emergency call systems aren’t particularly sexy – they’re the kind of services you don’t think about until you need them. That was one reason why Founders Fund, which joined the company’s August Series B funding round, became interested.

"I’m looking for businesses that aren’t massively competitive and Carbyne stands alone in a really unpopular industry," Trae Stephens, a partner at the firm who is leading the investment, told the website TechCrunch.

Popular or not, it’s a big market: In the US alone, 240 million urgent help calls are made each year.

Legacy 911 systems were built to work with fixed-line phones. But these days, up to 80 percent of all emergency calls come from mobile phones, which can provide a far richer range of data.

The company is planning to launch a gateway product that will allow third parties — like Uber or Waze — to integrate the technology instead of requiring users to download and launch Carbyne’s C-Now app.

"We can have your new system up and running in one day," Elichai tells ISRAEL21c. While Carbyne will usually send someone to a customer’s 911 center, "it’s for training, not for connecting wires or configuring computers."

Carbyne is a tech startup.