News : IT-BPM Sector in Cebu Still Upbeat Despite Dip in Investments in Philippines 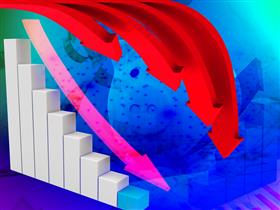 Cebu City, Philippines, Sept, 2017 -- Despite the decline in investments in the country’s Information Technology-Business Process Management (IT-BPM) sector during the second quarter of the year, a local industry provider still considers Cebu "lucky."

This is because Cebu continues to enjoy the confidence of existing IT-BPM locators, which recently expanded their operations here, amid challenges faced by the sector in recent months.

"I would still say Cebu is lucky because we still see expansions of existing companies," Wilfredo "Jun" Sa-a Jr., managing director at the Cebu IT/BPM Organization (CIB.O), said in a text message to Cebu Daily News.

The latest data from the Philippine Statistics Authority (PSA) showed that new IT-BPM pledges reached P4.9 billion in the second quarter, falling 34 percent from the P6.27 billion registered in the same period in 2016.

This continues the decline that the industry has been facing in terms of new investments since the start of the second half of last year.

Sa-a speculated that the recent drop might have been partly caused by security issues and the martial law declaration in Mindanao.

Even then, Sa-a said he continues to see the entry of new players, both big and small, in Cebu as well as premium locators coming in.

Last January, Accenture also announced that it was going to hire a thousand more employees in 2017.

There are currently more than 140,000 workers employed by the IT-BPM sector in Cebu, both in voice services and non-voice transactions.

Sa-a said locators in Cebu believe there is still room for expansion here and are confident in the metropolitan’s talent pool as well as see the location as a "safer place" and "great second home."

"We just need to be ready for these companies. CIB.O is anticipating the next two years without college graduates so we are inviting our senior high students and helping them be ready for BPO jobs," he added.

Reasons for the drop in ranking

Cebu City has been one of the most preferred sites in the world for IT-BPM investments, consistently placing in Tholons’ global outsourcing destinations list for several years.

In 2016, Cebu ranked seventh worldwide in the "Top 100 BPO Destinations Report" by Tholons.

However, Cebu City slid down to 12th place in Tholons’ global outsourcing list in 2017.

American Chamber of Commerce of the Philippines (AmCham) senior adviser John Forbes, in a recent Inquirer report, said that a mix of short- and long-term uncertainties, including the move to change the industry’s tax policy, might be factors behind the 34 percent dip in new IT-BPM investments in the second quarter.

"There are some short-term uncertainties in the sector such as future tax policy and insufficient supply of Peza (Philippine Export Processing Zone)-approved office space, while in the longer term lower skilled call center work will be automated and may be returned to sites in the US," Forbes said.

The Duterte administration’s first package of its comprehensive tax reform program is aimed at reducing tax perks that the IT-BPM industry is currently enjoying, opting to remove some value-added tax exemptions in favor of a VAT equivalent of 12 percent of gross receipts.

Stakeholders earlier opposed this move, warning that it would affect the competitiveness of the Philippine IT-BPM industry.

Michael Cubos, president of the Cebu Innovation Council (CIC), however, said he did not think the decline was because of the country’s tax policy.

"The Department of Finance has already confirmed several months ago that this concern is not true and that the BPO tax perks will stay," he said in a text message.

Cubos said there are two sides to this development, one being that there is really a decline in the investments for the sector as well as a losing investor’s interest in areas close to Metro Manila, who now prefer to look at the growth potentials in the Visayas and Mindanao.

"Investors and BPO operators are now going to the next wave cities. Case in point is Cebu, Bacolod and Davao. If there is a decline in investments, why are we running out of BPO and Peza-accredited spaces? Cebu City even received positive response on its Call Center City program," he said.

While artificial intelligence is imminent and the industry is going to lose some jobs, he said this will not stop them.

The IT-BPM sector is now upskilling while the academe and industry stakeholders are preparing for the fourth industrial revolution.

"As long as we are aware, prepared, dynamic and doing something long-term, we are in the right track," Cubos said.