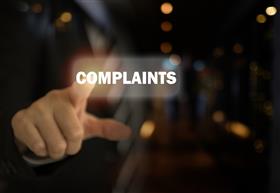 Vijayawada, India, May, 2019 -- Come August 15, people in Andhra Pradesh may directly complain to the Chief Minister’s Office about corruption, discrimination or on not receiving benefits of government schemes.

A call centre will be opened in the CMO to receive the complaints from people. This was announced by Y.S. Jagan Mohan Reddy soon after taking oath as the Chief Minister.

Addressing the people after his swearing-in at Indira Gandhi Municipal Stadium here, he announced series of measures to implement his poll promises, to root out corruption and bring "revolutionary changes" in the administration.

Jagan, as the YSR Congress Party chief is popularly known, announced that by August 15, four lakh jobs will be provided with the appointment of village volunteers. Every volunteer will be responsible for door delivery of government services for 50 houses.

He said students and the youth who want to serve the people will be appointed as village volunteers and they will be paid a monthly honorarium of Rs 5,000 each.

The new Chief Minister also announced setting up village secretariats, each manned by 10 persons, to coordinate with village volunteers for door delivery of government services. This move, to come into effect from October 2, will provide jobs to another 1.6 lakh people.

If a citizen wants benefits under ‘Navaratnalu’ or nine major welfare schemes, he/she can apply to the village secretariat and he or she will be provided the benefits within 72 hours.

Jagan targeted his predecessor N. Chandrababu Naidu for corruption and promised that all those contracts, in which irregularities were committed, would be cancelled and fresh tenders will be called through reverse tendering process to award works to the lowest bidder.

He said while solar power and wind power in other states was available for Rs 2.50 to Rs 3 per unit, the TDP government entered into agreements to purchase the same at Rs 4.8 per unit.

In a move to bring transparency in awarding contracts, a judicial commission will be set up to clear the tender process. The government will go by the suggestions of the commission to call the tenders for various works.

He said he would request the Chief Justice of the state high court to appoint a sitting judge for the judicial commission.

He promised corruption and discrimination free and transparent governance. "Give me six months to one year. I will root out corruption from top to bottom," he said.

Jagan said during 3,648 km long ‘padyatra’, he saw people’s problems and their hardships and was today assuring them that he stands by them.

He said his party released only two-page manifesto but it reflects the hopes and expectations of all. Stating that the manifesto is like a holy scripture for him, he said he will implement every promise made in it.

As a first step to implement this promise, he signed a file to enhance the old age pension from existing Rs 1,000 to Rs 2,250. He announced that the pension will be enhanced by Rs 250 every year to fulfill the promise of making the pension Rs 3,000.