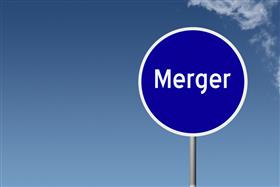 Thakur said a command control centre would be established soon and a team would visit Gujarat to study the model for making the Chief Minister Sewa Sankalp Helpline user-friendly. Laxity in not redressing complaints would be viewed seriously and stern action be taken against the defaulters, he warned

The Chief Minister said positive stories regarding the effective redressal of public grievances should be highlighted in the right perspective so that people could be motivated.

He also directed the officers to ensure that grievances at their level were redressed within a stipulated time so that relief could be provided to the complainants.

Thakur said the complaints should be closed only after ensuring the complete satisfaction of the complainants.

The Chief Minister said he would not only monitor the progress of the helpline, but also make random calls to enquire about their level of satisfaction.

Principal Secretary, IT, JC Sharma, informed the Chief Minister that till date 2,05,111 calls had been received in the Mukhyamantri Seva Sankalp Helpline 1100 out of which 50,887 were complaints.

He said of these, 44,210 complaints had been resolved during the last four months.