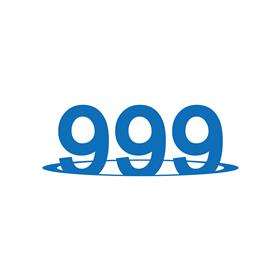 Jersey Island, UK, Nov 20, 2020 -- Islanders faced potentially "life-threatening" situations when they were unable to make 999 calls on multiple occasions, a regulator has found.

Failures by network providers JT and Sure caused six emergency outages in Jersey between January and April.

Calls to the emergency services were found to have "failed entirely" in the island on two of these occasions.

JT has since apologised and Sure said "immediate changes" have been made.

The Jersey Competition Regulatory Authority (JCRA) has not yet decided if either company will be fined.

The most serious outages took place on 7 and 29 April, according to the JCRA's investigation.

On these occasions islanders were unable to contact the emergency services for periods of one hour and 57 minutes, and 41 minutes respectively.

The regulator described the failures as "completely unacceptable" and "reckless".
'Especially serious'

A report by the Justice and Home Affairs Department said the "most significant underlying problem" had been the instalment of a new IT system by JT.

The JCRA said its shortcomings were "especially serious" as the provider is responsible for connecting all Jersey calls to emergency services through its call centre.

The company's chief executive Graeme Millar apologised, and said their call handling "fell below the level we expect".

The JCRA also found Sure had contravened its license by failing to ensure customers could reach the JT network.

Chief executive Graham Hughes said the company had made "immediate changes" to ensure future services were "smooth and reliable".

The JCRA concluded: "Fortunately, no injury or loss of life is known to have resulted as a consequence of any of the six incidents referred to above.

"It is nevertheless evident that the failures which led to their occurrence presented a potential life-threatening risk to the public."

Both companies were instructed to carry out maintenance checks every 30 minutes, and provide access for independent auditors.

Sure, a trading brand of Batelco, is a telecommunications company in the Isle of Man, Jersey, and Guernsey. Sure is the largest tri-island mobile operator across the Channel Islands and Isle of Man.