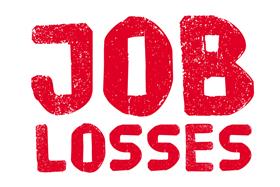 Northwich, UK, Jan, 2020 -- Jobs could be under threat at the Northwich site of a payments company after it was confirmed it will close later this year.

Ingenico Group has confirmed it will close Gadbrook Park customer contact centre facility in Rudheath at the end of June.

Work will continue there until the closing date, after which activities will continue out of an office in Dalgety Bay, Fife, in Scotland.

Consultations will take place with staff affected and some will also be offered the chance to relocate to Dalgety Bay following the ‘difficult decision’ to close the Northwich site, a decision which the company says it has ‘not taken lightly’ but admits the ‘local impact’ it will have.

An Ingenico spokesperson said: "Ingenico has taken the difficult decision to close its Northwich facility and consolidate the service desk capability into its Dalgety Bay office.

Ingenico Group (Euronext: FR0000125346 - ING) is the global leader in seamless payment, providing smart, trusted and secure solutions to empower commerce across all channels, in-store, online and mobile. With the world’s largest payment acceptance network, we deliver secure payment solutions with a local, national and international scope. We are the trusted world-class partner for financial institutions and retailers, from small merchants to several of the world’s best-known global brands. Our solutions enable merchants to simplify payment and deliver their brand promise.