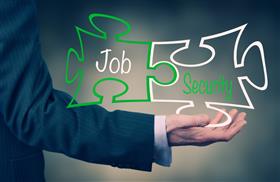 The Federal Government has committed to engaging an extra 2750 staff under contract, including about 600 in Perth, to reverse falling service standards at Centrelink.

But Labor has vowed to scrap the use of contract staff if elected, and hire 1200 public servants to replace them.

Ahead of today’s official opening of Centrelink’s West Perth call centre, Mr Keenan called on Opposition Leader Bill Shorten to guarantee that the newly employed workers would not face the axe if he won the next election.

He also questioned how a smaller number of public servants could improve customer service, after an independent review had found staff employed by contracted call-centre operators performed "as well, or even better" than government workers.

"Labor has made no secret of the fact that it wants to scrap the use of contract workers across government in favour of hiring more full-time public servants," Mr Keenan said. "That would see 2750 ordinary Australians put out of work in my department alone. And how many public servants will Labor employ to replace them?"

The yet-to-be-released review by consultancy firm KPMG looked at a pilot of 250 Serco call-centre workers answering calls for Centrelink.

Mr Keenan has used the findings to justify the expanded use of contractors to deal with surges in demand for Centrelink’s services.

Almost 1300 roles at the Department of Human Services were cut in the last Budget, but Mr Keenan insisted the new workers were not replacing Centrelink’s existing staff.

About 150 staff are answering phones at the Perth centre with a further 350 in training.