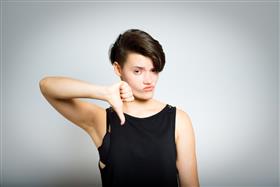 Joburg, South Africa, May, 2019 -- Disgruntled employees have accused a call centre agency of compelling them to campaign for the DA, while denying them the right to vote on May 8.

Employees of Icontact, a subsidiary of a Johannesburg debt collection firm, Shapiro Shaik Defries and Associates (SSDA), said they had been forced to work double shifts on Wednesday, between 7am and 8.30pm.

They claimed that the same workshift arrangement was implemented during the watershed local government elections in 2016.

A source who spoke on behalf of the group said: "The employees are very scared to speak to the media and having their identities revealed. They could easily lose their jobs because they are not guaranteed. That’s their main concern."

Call centre officials admitted to doing work for the DA but denied the allegations levelled against the agency.

Icontact MD Clinton Cohen said the contract with the DA was to call the party’s database to "remind voters to go and vote" on the election day. This was a special project, which their employees were not compelled to work on, he said.

Cohen said the plan was for 400 agents to work on the day, but the firm ended up getting 600 applications from employees.

"No one was forced to do it," he said. "We split the day into two options — 7am to 2pm and 2pm to 8.30pm. We also received applications from those wanting to work the two shifts. No one is being forced in any way, shape or form."

Cohen said the grievance against the company could be coming from disgruntled employees who did not make the cut. "This is a one-day project, it’s additional money for them."

The DA first approached the company in 2016 and was happy with the results it delivered, he said.

Jerry Govender, a head of department at SDDA, said the work arrangement on May 8 was not forced on anyone.

"We said: "Guys, if you want extra money you can volunteer to work on that day, you will still have time to go and vote.’ But some volunteered to work both shifts."

DA spokesperson Mabine Seabe said the party had contracted the company for assistance on election day. All employees working on the project had done so on a voluntary basis as May 8 had been declared a public holiday and that the employees would be paid by the company, he said.

"Most importantly, the employees will be voting on Wednesday, as confirmed by the company," said Seabe.