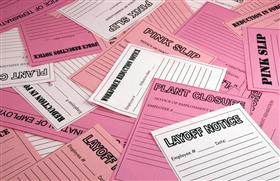 Plymouth, England Dec, 2019 -- John Lewis is to offshore hundreds of call-centre jobs to the Philippines as part of a cost-cutting move that has already led to 300 UK workers being laid off just before Christmas.

Staff at John Lewis’s outsourced call centre in Plymouth were told in October to expect large-scale redundancies on 20 December. The Guardian understands that at least 20% of that work is being switched to contract workers in Manila, with the offshoring of further roles in the pipeline.

More than 300 staff at the Plymouth call centre, which is owned and run on John Lewis’s behalf by the US outsourcing giant Sitel, have either left or been made redundant.

John Lewis has denied it is moving the Plymouth jobs to the far east but admitted that it expanded its Manila operation in March. It now has 180 staff handling "non-verbal" John Lewis customer service queries.

Two months ago, John Lewis announced a restructuring in an effort to save £100m a year. One in three senior head office management posts – 75 out of 225 – are going. The department store group had just reported its first ever loss, of £26m in six months.

Sacked staff at the Sitel Plymouth site, some of whom have worked on the John Lewis contract for two years, are furious after being asked to train workers in the Philippines on how to take over their roles.

"Technically, John Lewis can say it is not doing this as all the staff are employed by Sitel," one told the Guardian. "When anyone calls John Lewis customer services, it is us that answers the phone. While a lot of the call work is staying in the UK, all the email contact and much of the other work is [being] or has been moved to the Philippines.

"Colleagues are feeling badly let down by the company. The stupid thing is that we all know that it will come to back to haunt John Lewis as customer service standards will slip even further."

Another worker said: "It seems ludicrous. People have trained for the last year or two to get to grips with the complexity of the John Lewis customer services systems. New people with no cultural experience will be starting from scratch in the Philippines."

Charlotte Holloway, the Labour candidate for Plymouth Moor View, said: "To be laid off five days before Christmas is a real kick in the teeth. To then learn that your job is being moved to the far east to save money is a double blow. It’s hardly in keeping with the ethos of John Lewis. I really hope the retailer reconsiders this decision that will have a big effect on the local economy."

Sitel declined to comment. A John Lewis spokeswoman said: "The reduction of the scale of our operations at the site in Plymouth is in no way related to the small operation which launched from an international Sitel site over a year ago. The changes at the Plymouth site are part of a wider strategy to strengthen the capacity of our UK in-house contact centres, which are run by John Lewis Partners."

The John Lewis Partnership is an employee-owned UK company which operates John Lewis department stores, Waitrose supermarkets and some other services.