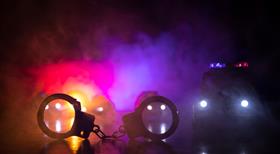 Phnom Penh, Cambodia, July 11, 2022 -- Thanks to help from Cambodian counterparts, Thai police have managed to nab 74 Thais who were allegedly running call centres in the neighbouring country.

Damrongsak was in the Cambodian capital with Digital Economy and Society Minister Chaiwut Thanakamanusorn to sign a memorandum of understanding on the suppression of call-centre gangs and cybercrime.

The deputy national police chief said PCT had earlier dispatched some 20 police officers to join their Cambodian counterparts in raiding five call-centre sites, which resulted in the arrest of 74 suspects.

The suspects will be returned to Thailand once the legal process in Cambodia is completed, he said.

No arrests were made at a third raid in a Sihanoukville casino on the same day.

However, on July 6 another 18 suspects were arrested in Sihanoukville, Damrongsak said. This group allegedly deceived their victims by pretending to be Laem Chabang police officers.

One day later, another 25 suspects were nabbed in Poi Pet for allegedly deceiving their victims by pretending to be DHL officials and Chanthaburi police officers.

Damrongsak said PCT has obtained 237 arrest warrants against call-centre gangs over the past year and has arrested 138 suspects so far.