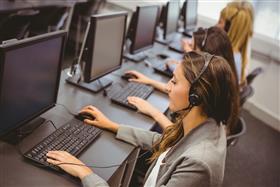 It will digitally monitor the operations of the council and all other courts. The room is expected to enhance performance, improve operational and strategic inspection, and provide rapid response.

The control room monitors interactive indicators, assesses performance in real time in order to help the ministry build solid decisions and adopt best development paths. It also enables active resolution of any issues or complaints in a timely manner.

The minister also launched a call center in order to help answer clients’ complaints and issues through the universal access number.

Meanwhile, the Ministry of Justice has credited its widespread reforms to the country’s legal infrastructure for Saudi Arabia’s exemplary performance in world rankings in two major international reports released recently.

Following what the World Bank called "a record number of business reforms" in the past year, the organization’s Doing Business 2020 report ranked Saudi Arabia as the top country for improvement in the global business climate. And in the World Economic Forum’s (WEF) Global Competitiveness Index, the Kingdom was placed 36 out of more than 140 countries monitored.

The WEF report made special reference to Saudi Arabia’s progress in "technology governance," defined as the speed at which national legal frameworks were adapting to digital business models. In this metric, the Kingdom ranked third — second only to the US and Germany.

The World Bank put Saudi Arabia 62 globally in its "ease of doing business" scoring, with an overall result of 71.6 out of 100. The organization remarked that the Kingdom had made significant strides in eight World Bank focus areas.

"Our work toward streamlining the start-up, and day-to-day functioning within the Kingdom of Saudi Arabia — of enterprises of all scales, both foreign and domestic — has payed enormous dividends in the nation’s economic development, as can be seen in the reports from the World Bank Group and the World Economic Forum," said the Ministry of Justice in a statement earlier in the week.