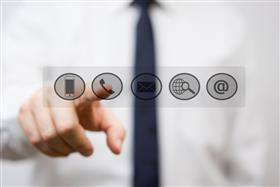 Bengaluru, India, March 19, 2020 -- The Karnataka government has asked business process outsourcing company Firstsource and the back-office arm of Infosys to help set up a call centre that can be used to trace people with suspected Covid-19 infections and ensure that quarantine rules are followed, sources told ET.

The back-office firms will help the state step up efforts to reach out to companies in the technology hub to tackle the spread of the virus. The state has 14 confirmed cases, while one person has died so far. Quite a few companies in Bengaluru have asked staff to work from home.

"The government is looking at working with a few BPOs to do contact tracking and to ensure that people who are required to be quarantined are contacted," a BPO executive with knowledge of the work told ET. "This is about a 150-200 people project." The executive said Infosys and FirstSource were involved in the project.

"This is still very early. We will have a firm idea of what the government wants next week. So far, we are helping them, but it still isn’t fully up and running," an Infosys executive told ET.

People familiar with the development said that the two large Bengaluru-based companies will deploy staff without formally signing contracts to help the state deal with the situation. Infosys and Firstsource did not respond to requests seeking comment till press time.

The state health department has already rolled out an interactive voice response system (IVRS) that calls people with recent international travel history and are home-quarantined, to check on their health status during the 14-day quarantine period.