News : Karnataka Govt to Launch One Portal for All Citizen's Grievances 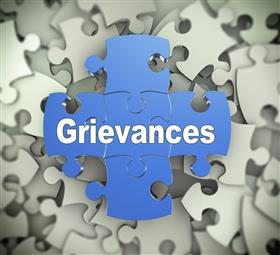 Bengaluru, India, Dec 28, 2020 -- Citizens of Karnataka will soon be able to have all their grievances — be it a broken street light or an infrastructure issue — addressed at one single portal.

The Karnataka government is all set to launch the 'Integrated Public Grievance Redressal System', bringing an end to the system of multiple portals that tested people's patience and energy.

Developed by Karnataka's Centre for e-governance, the portal, to be launched on a pilot basis in January 2021, will pool grievances across all government departments, keep track of complaint status and ensure officials resolve the issue.

A recent government order announcing the launch of the portal had flagged the current state of affairs when it came to grievance redressal.

"There are numerous helplines and web-portals set up by different departments to receive and redress the department-specific grievances of the public in the State of Karnataka and all of them working in silos," it stated.

Further, citing a High Court order pertaining to unaddressed public grievances, the government order also noted that many departments had failed to address the grievances in time, forcing even government staff to approach courts to get their problems addressed.

But that will change with the integrated grievance portal. In the new system, once a complainant uploads the grievance, the system will automatically connect the person to a "last mile functionary" in the department to resolve the issue.

This will ensure that a citizen is not burdened with the task of identifying the right office to get their problem resolved. Even government staff will be able to upload their service-related grievances in the portal.

Speaking to DH, Rajeev Chawla, Additional Chief Secretary, DPAR (e-governance), said they had identified 6,000 categories and sub-categories of grievances, covering all the departments.

"Each grievance will be connected to the last mile functionary. When a particular grievance is addressed by the functionary, the call centre will make a call to the complainant to check if it was satisfactorily resolved. If not, it will be escalated to a senior official. The grievance can also be filed through the call centre by providing relevant government ID," Chawla said.

About 20-30 types of complaints will be taken up in the pilot phase to assess how the system responds to it. The portal was first announced in the 2018-19 state budget