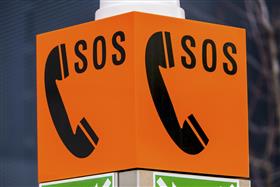 Bengaluru, India, June, 2019 -- Next month, the state government will launch the emergency response support system (ERSS) - 112 - which will be an all-in-one emergency service, including police, fire brigade and ambulances.

Eighteen states have already implemented the all-in-one helpline, with Himachal Pradesh becoming the first to adopt it in November last year. The service will be accessible on 112 across the country and even to sims and landlines whose outgoing call facilities have been stopped or temporarily suspended.

According to top police sources, the helpline will be launched on a pilot basis in July first or second week and 90% of the work has been completed. The new helpline will integrate police (100), fire brigade (101), health helpline (108) and women's helpline (1090).

After the launch of ERSS, other helpline numbers will be phased out in a few days, depending on public awareness about this new facility. The new helpline will soon be expanded to the entire state. Additional director for general of police (communication, logistics and modernisation) Malini Krishnamurthy is spearheading the implementation.

The ERSS will provide a 24x7 effective response system, which can receive inputs from various voice and data services such as voice call, SMS, email, Internet of Things, panic buttons in public transport and attend to citizens in distress.

The system enables identification of the caller's location. There will be an automated response system to ensure timely despatch of field resources to a specific location. While the existing control room personnel will continue to handle distress calls, more people will be deployed if needed, says an officer.

Many developed countries have such systems in place - US and Canada have 911, UK has 999, New Zealand has 111, Australia 000. In many countries across Europe, 112 is the primary number to deal with emergencies.