News : Karnataka: Six of 10 Calls Made to 108 Helpline are Bogus 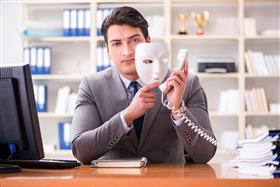 Bengaluru, India, Feb, 2020 -- Almost six out of ten calls made to the emergency ambulance toll-free helpline number (108) have nothing to do with medical exigencies. The helpline classifies them as "ineffective calls".

The Arogya Kavacha-GVK EMRI helpline, put in place to assist healthcare emergencies across the state, receives close to 13,000 calls every day, of which nearly 10,000 are ineffective ones, including those that are categorised as nuisance, obscene and prank calls.

This has prompted the call centre staff to create a list of numbers from which nonemergency calls come and block them for a day. "The data we have show genuine calls aren’t more than 2,500-3,000 per day. We are burdened with ineffective calls as we can’t ignore any call that’s made to the helpline," said Hanumanth RG, in-charge state head, Arogya Kavacha-GVK EMRI helpline.

Most harassed are women staffers, who end up answering male callers seeking sexual gratification and those using obscene language. "While we struggle to make sure an ambulance reaches the doorstep of a person facing an emergency, there are callers who dial in to make sexual overtures. There have been instances when our women staffers have broken down in office, unable to bear the callers," a woman at the call centre said.

As a policy, staffers aren’t supposed to disconnect any call, not even the abusive and obscene ones. "We try to tell the caller that it’s an emergency helpline and they must know how to keep things professional. When there is no response, the call is transferred to the ‘Interactive Voice Recording’ system," said Mamatha B, team leader at the call centre of GVI-EMRI.

The IVR message says: "It’s an emergency helpline number. If you misuse the facility, legal action will be initiated." After ten such calls from one number, the call centre blocks it for 24 hours. "We do not block the number for more than a day, because there could be health emergencies for that person too. We only wish people behaved responsibly," said Naushad Ali Khan, helpline manager. The number of obscene calls increases during evening and night hours. Though more male staffers are assigned for night shifts, 65% of the overall staff strength is women.

Four years ago, the call centre even escalated some of these cases to police. However, nothing much has changed on ground. For the last one year, the call centre has hired a retired police personnel, who makes note of such calls. "The team gives me a list of five to ten such callers every day. I ring them up and counsel them or warn them. I also send these numbers to the police control room and ask them to check the geographical location of the callers. Once we get to know where they are from, I call the jurisdictional police station and ask them to take up a case against the caller," said H Lakshman, the retired cop, who handels such matters.

"During holidays, ineffective calls see a spike. Children keep calling us and they are usually silent callers," said Nischita Acharya, a staffer.