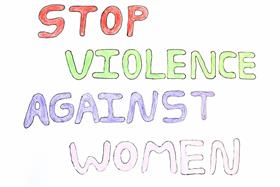 Nairobi, Kenya, June, 2017 -- The Ministry of Public Service, Youth and Gender Affairs will launch a helpline to mitigate violence against women during the electioneering period in collaboration with the National Police Service (NPS), United Stated Aid (USAID) agency and Safaricom.

The initiative, a brainchild of a gender based violence prevention network, Healthcare Assistance Kenya (HAK) , will see a hotline number - 1195 - unveiled to enable women report cases of violence to the police.

The launch will kick off at Uhuru Park where participants will assemble before heading to the Administration Police Headquarters for the launch.

In March 2015, President Uhuru Kenyatta announced during a State of the Nation Address, a Sh10 billion restorative justice fund to help address past injustices including the 2007/08 Post Election Violence (PEV).

"To move forward as one nation ... I stand before you today on my own behalf, that of my government and all past governments, to offer the sincere apology of the Government of the Republic of Kenya to all our compatriots for all past wrongs," he said.

The fund however went towards reparations of Internally Displaced Persons (IDPs) to a great extent, with victims of sexual violence being largely left out because of either poor documentation or failure to came out due to stigma.

About 900 cases of sexual violence are said to have occurred during the 2007/08 PEV which claimed the lives of over a thousand people with approximately 600,000 people displaced.

In March 2017, the Attorney General Githu Muigai said the Treasury was set to disburse at least Sh1 billion annually towards the Restorative Justice Fund for settlement of reparation claims.

Muigai at the time regretted that it had taken far too long to roll out compensation since the president's directive, attributing the hitch to the decentralization of funds, a situation he said had since been corrected by ensuring reparation funds are centralized.

"I must take some responsibility including my colleagues at the Treasury because what followed was a bureaucratic process in which there was lack of clarity on where the funds would be placed and how they would be administered," he said during an event to mark the International Day for the Right to Truth concerning gross human rights violations and dignity of victims, held at a Nairobi hotel on March 24.